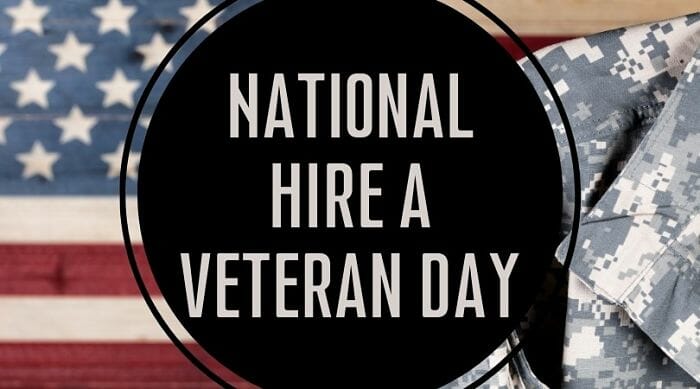 National Hire a Veteran Day will next be observed on Sunday, July 25, 2021.

Encouraging Employers To Hire Veterans
National Hire a Veteran Day on July 25 is first and foremost a call to action for employers, and unlike some holidays (including some that focus on veterans’ issues) this particular day is recognized and promoted by federal agencies including the Department of Labor and the Department of Veterans Affairs (just to name a few).

How Federal Agencies Participate
How do federal agencies promote this observance? In the case of the Veterans Benefits Administration (VBA), there are multiple efforts up to and including an emphasis on hiring veterans for jobs at the VBA itself.

Hiring Veterans Job Resources For Veterans
The Department of Veterans Affairs official site says it has established a partnership with the Department of Labor on programs matching vets with employment possibilities in both the private sector and for government jobs.