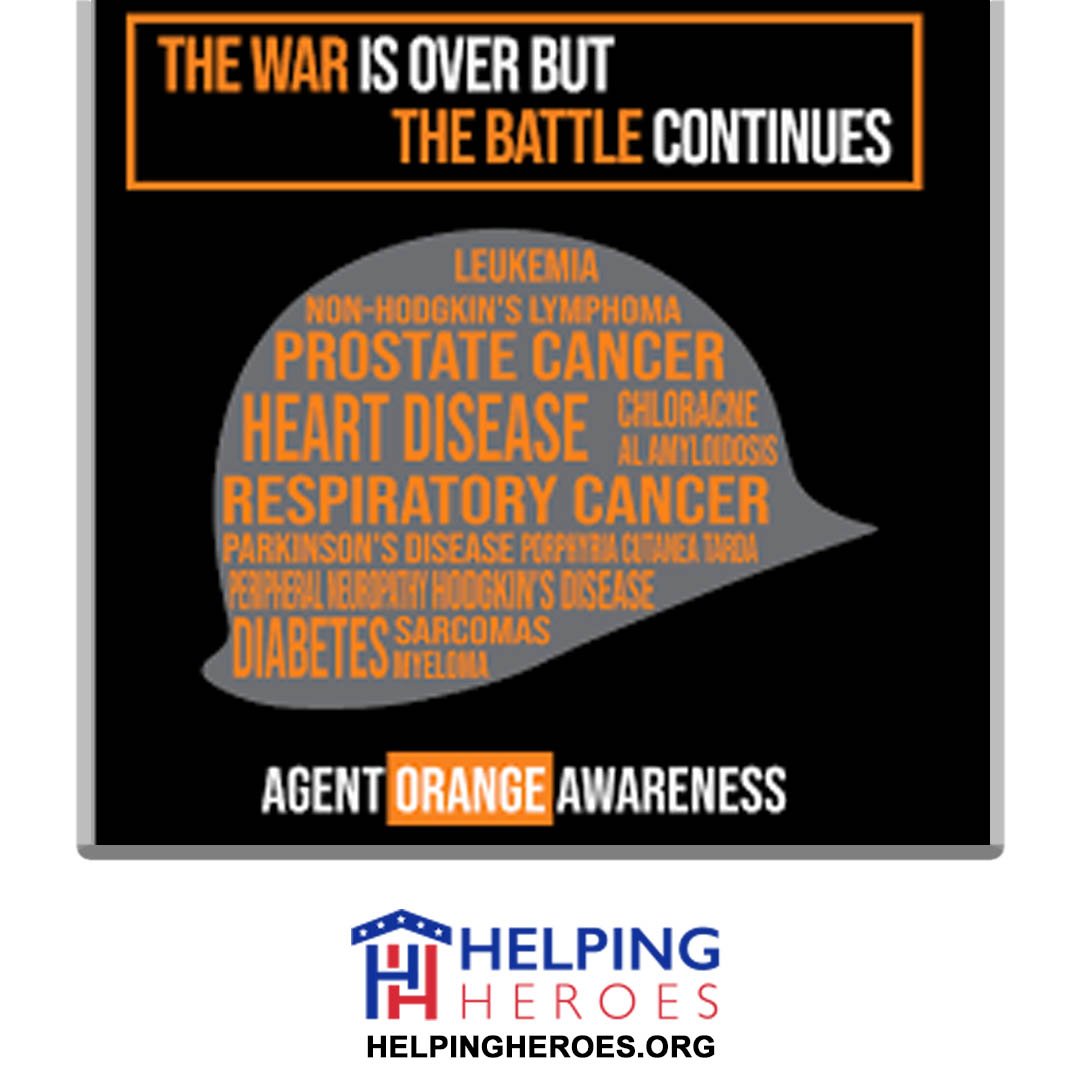 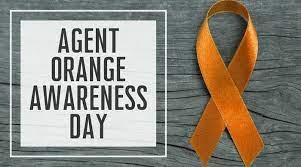 Agent Orange Awareness Day is an annual observation designed to raise awareness of the effects of the herbicide known as Agent Orange, used in Vietnam by American forces to defoliate future and current battlegrounds with the purpose of depriving the enemy ground cover to hide in.

Agent Orange is responsible for a wide range of adverse effects in human beings and the Department of Veterans Affairs lists Agent Orange exposure or potential exposure as a presumptive condition, meaning that those who report exposure and have certain medical conditions are presumed to have those medical issues A) as a result of military service and B) most likely have those conditions due to the exposure.

The Next Agent Orange Awareness Day will be observed on Tuesday, August 10, 2021.

Agent Orange contained an incredibly toxic substance known as dioxin. Nearly 400 pounds of dioxin were used in Vietnam in Agent Orange. Dioxin is responsible for cancer, birth defects, and other symptoms.

In 1979, President Jimmy Carter signed off on a Department of Veterans Affairs study of Agent Orange; legislation known as the Agent Orange Act was signed into law in 1991. The Blue Water Navy Veterans Act of 2019 expanded the criteria for Agent Orange exposure to include those stationed on ships off the coast of Vietnam during the conflict.

Agent Orange exposure can cause any of the following medical issues:

Agent Orange Exposure
Veterans and family members concerned about Agent Orange exposure, long-term effects from it, and birth defect issues are urged to contact the Department of Veterans Affairs to schedule an appointment for an Agent Orange Registry health exam. The VA registry is meant as a way to help veterans with possible exposure and treatment options. You can schedule an exam with a local VA Environmental Health Coordinator.

The VA reminds veterans who may need such services that there is no fee for eligible veterans to get examined for such exposure. There are no co-pays, the examination does not reduce or negatively affect your existing VA claims and it is not required for receiving other VA benefits.

The exam is based on your recollection of your military service and there is no burden of proof on the veteran to conclusively associate military service with exposure. That said, this examination process is NOT an official confirmation of exposure. VA Agent Orange Registry examinations are for veterans only, not family members, though other options for dependents and spouses may be available.

But this observance is crucial not only for those who are affected by Agent Orange issues, but also for preventing future mistakes in using such chemicals in warfare down the line.

Observing the day will vary greatly–there are many organizations that promote August 10th observances including Gold Star Wives, Vietnam Veterans Memorial Fund, the Department of Veterans Affairs, and many others.

There’s no “official” way to observe Agent Orange Awareness Day, but many choose to remember loved ones and friends who are affected or were affected by Agent Orange in ways similar to how veterans are generally honored on Veterans Day, Memorial Day, etc. Some choose to visit the Vietnam Memorial wall in Washington D.C. as a sort of pilgrimage of remembrance; others may choose private ways to pay respect to those who suffered the effects of the compound.

Those looking for ways to participate in Agent Orange Awareness Day on August 10th should check with state government official sites, local government web pages and social media, and the Department of Veterans Affairs official site for news and information about programs, activities, and campaigns associated with the current year’s observation.