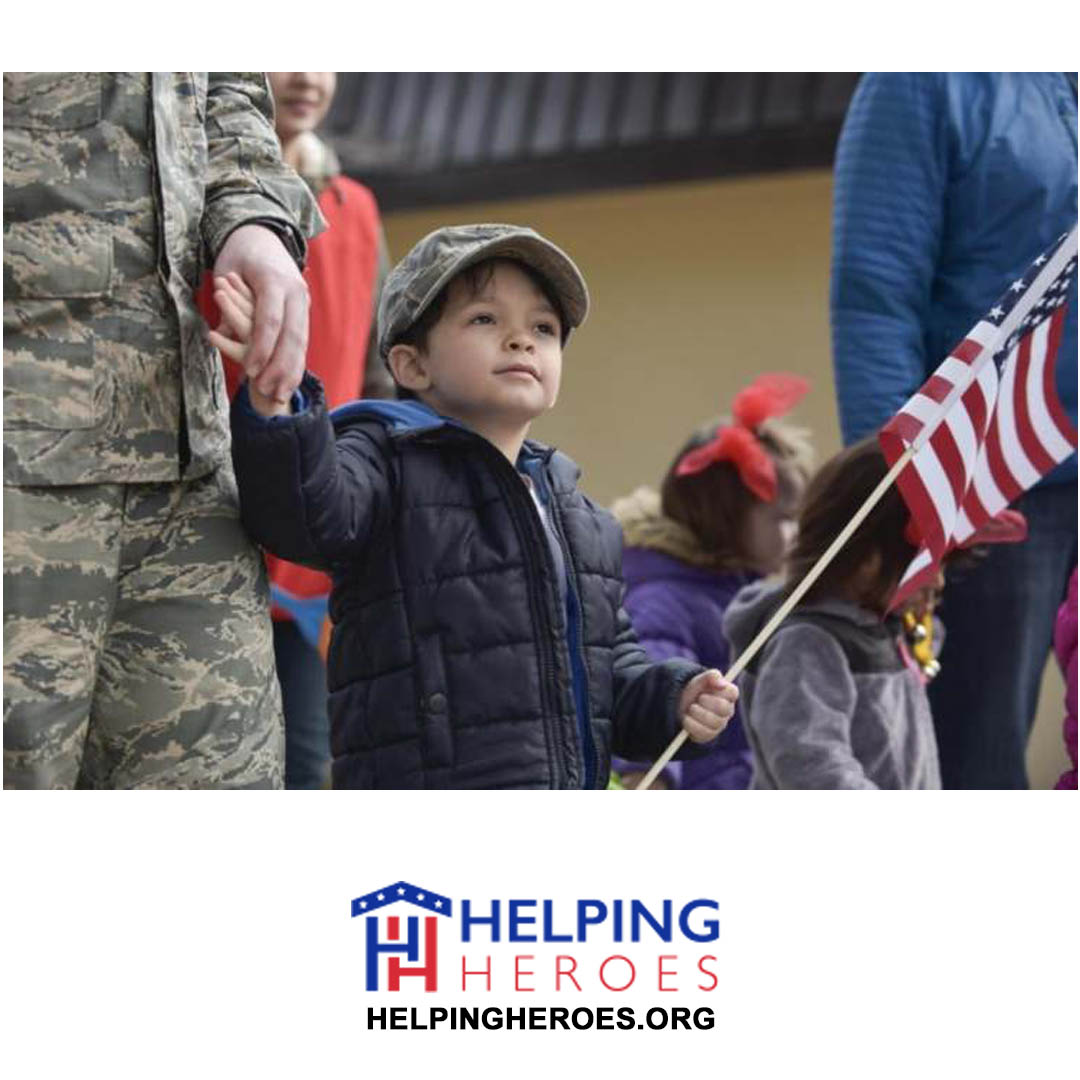 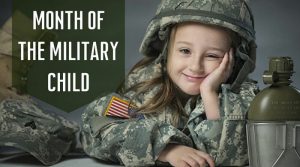 Month of the Military Child Events

Like many similar military recognition efforts, the Month Of The Military Child is often celebrated “internally” with military communities and military association planning contests, parades, fairs, seminars, and special events centered around the message of the month. It is also celebrated “externally” by many communities, schools and organizations.

According to the Army official site, “military children will be able to tell their story on what it means to be a military child through drawings or words for a chance to win great prizes.”

For some military-related private organizations, April is a time to put special emphasis on the programs they administer year-round. The Military Child Education Coalition, one such group accredited by the International Association for Continuing Education and Training (IACET), has a stated goal of ensuring “inclusive, quality educational opportunities for all military-connected children affected by mobility, transition, deployments and family separation.”

The group offers year-round “Student 2 Student” programs (student-led initiatives) and a “Parent To Parent” version of similar efforts. During the month of April, the coalition offers Month Of The Military Child downloadable toolkits and other resources.

There are also the usual military base-level events, ceremonies, contests, and special nights through the month of April, urging military families to get involved, be more vocal about their military lifestyle, and learn from the past experiences of other military families.

“Purple Up! For Military Kids” is a day for DoDEA Communities to wear purple to show support and thank military children for their strength and sacrifices. Purple indicates that all branches of the military are supported. Air Force blue, Army green, Navy blue, Marine red, and Coast Guard blue all are thought to combine together as a single color, purple.

Many Exchanges will often celebrate Purple Up! Day by offering free treats to any child who wears purple to participating Exchange restaurants worldwide.

Friday, April 15, 2022 is Purple Up! Day for HQ, Europe & Pacific, and the Americas. Select military installations or communities may decide to designate different days throughout the month.

Where Can I Learn About Month of the Military Child Activities and Events?

Since many of the April events are sponsored by military communities, it’s best to start your search for events with the base Public Affairs office, Military Family Readiness Centers, Department of Defense Dependent School admin offices, and even on-base Child Development Centers (the military base equivalent of daycare).

You may also find activities listed at Morale Welfare and Recreation (MWR) Centers at military installations overseas and stateside. The official sites for all these organizations often post calendars of upcoming events and programs.

Evolution of the Month of the Military Child

Defense Secretary Caspar Weinberger was responsible for establishing April as the Month Of The Military Child in 1986, and the Department of Defense has honored his initiative ever since.

The month of April is an important one for children who have one or both parents serving in uniform. Since 1986 there have been an increasing number of awareness campaigns aimed at recognizing the needs of military children in all areas from coping with the deployment of parents to war zones to education of military dependents at on-base Department of Defense Dependent School System (DoDDS) campuses around the globe.

Since the debut of the original Month of The Military Child, there are a growing number of activities both on military bases and in local military communities. The U.S. Department of Defense Education Activity (DoDEA), which operates 166 schools for military children worldwide, instructs its school administrators to “plan special events to honor military children and have administrators and principals incorporate the themes of this month into their everyday duties and responsibilities” according to the DoDEA official site.

Military Children by the Numbers

Who Are Military Dependent Children?

The familiar Hollywood trope of the “military brat” brings to mind the notion of military families who constantly move from base to base, overseas and stateside, experiencing a seemingly never-ending series of short-term homes, jobs, and schools.

That sometimes is the experience of military families, but the “hidden” side to military life includes assignments at bases in Japan, Germany, and elsewhere. Some military children never attend a stateside K-12 school; they grow up getting their education via DoDDS schools on the same military bases their parents live and work at.

The military child experience also includes situations where the family itself never leaves the United States, but the military parent(s) still serve overseas and at remote bases in Alaska, North Dakota, and Montana. Sometimes the entire family packs up and moves, other times the military member goes on assignment or deployment without the family.

There are many situations that fall somewhere between these two examples. The military child is expected to support the mission by understanding the needs of the parents to deploy, to relocate, and to put the family’s needs second to the call of duty.

Children bear a difficult burden as Department of Defense dependents; they don’t always fully understand what’s going on when the parents deploy or get re-assigned, but they are always part of the military’s attention when it comes to supporting these families at the same time as accomplishing the mission.

The children of a parent or parents serving full-time in the United States Armed Forces are sometimes referred to as Military Brats. Many Military Brats wear the name like a badge of honor, often because of the moves, stressors and cultural experiences make them more resilient than their civilian counterparts. Outside the military it can often be construed as derogatory. Military brats move an average of 10 times while growing up, and some have moved as many as 36 times. These frequent moves, exposure to different cultures and languages and immersion in military customs are all common, life-defining experiences in the military brat subculture.

Tags: Month of the Military Child 2022