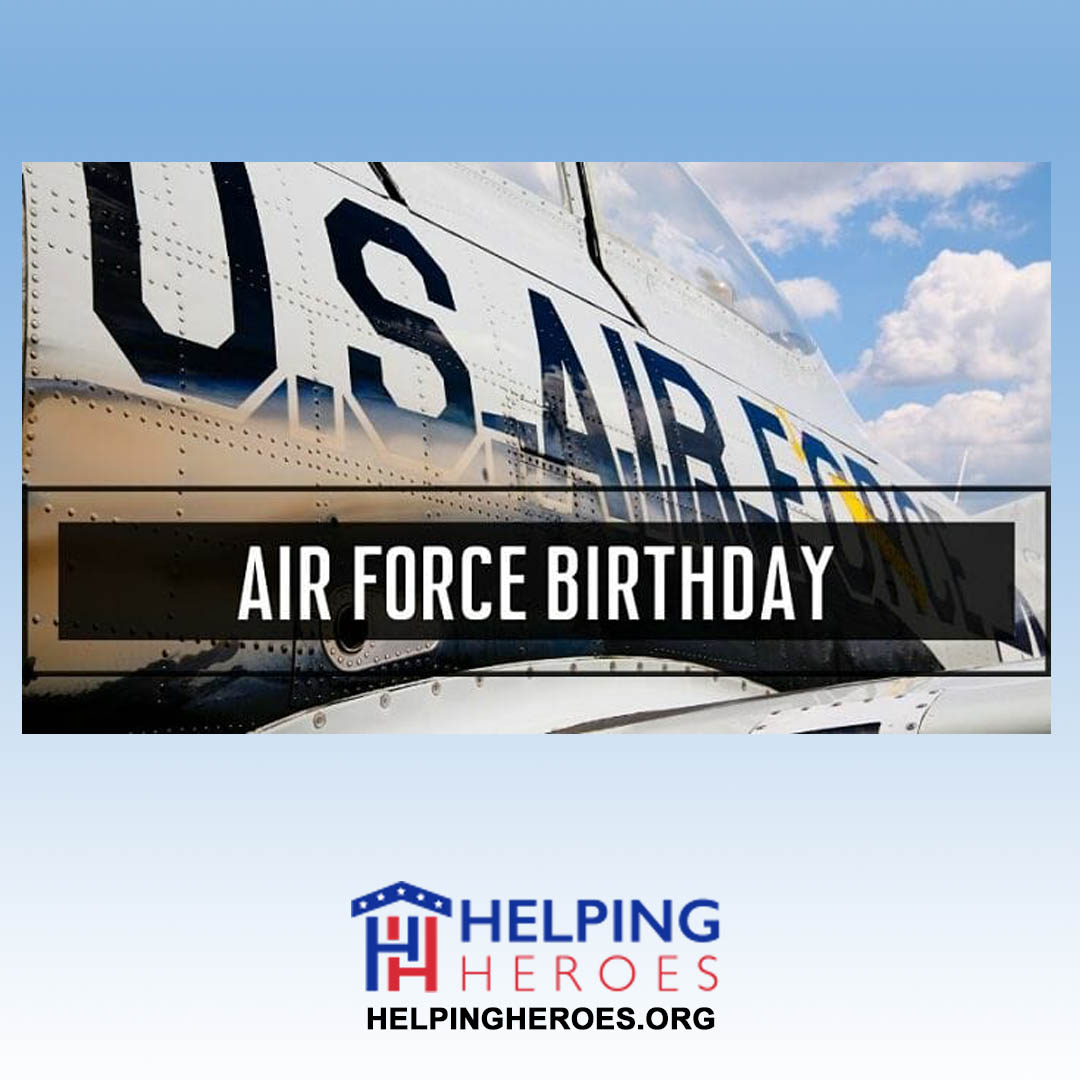 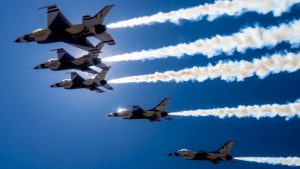 The official Air Force Birthday is recognized as September 18, 1947, which is the date of the passage of the National Security Act of 1947. That legislation created what would later become to known as the United States Department of Defense. This established the United States Air Force as a separate branch of military service.

Humble Beginnings
Balloons had long been used for observation of various kinds. When the U.S. Civil War began, ballooning was adopted as a reconnaissance tool. One example took place in 1862, the Union Balloon Corps kept watch over the Battle of Gaines’ Mill and telegraphed information to the ground as the battle unfolded.

The Wright Brothers and Kitty Hawk
In 1903, Orville and Wilbur Wright made the first mechanical, heavier-than-air flight using a gas-powered, propeller aircraft. Their first successful plane flight in history flew for 12 seconds and 120 feet before returning to land . Orville piloted the aircraft on its inaugural flight. The plane would fly 852 feet in 59 seconds later the same day. The Wright Brothers had discovered how to defy gravity. They had previously designed gliders, but this mechanized flight transformed aviation history.

Enter the U.S. Army Signal Corps
When Thaddeus S. C. Lowe was named chief of the Union Army Balloon Corps, the long march to a separate Air Force began. The Army had several units dedicated to military flying over from the year 1907 to 1914. The timeline of Army aviation includes the following pre-Air Force organizations:

World War One and The Court-Martial of General Billy Mitchell
The World War One era saw the creation of the U.S. Army Air Service, which would prove to be a crucial turn for the future United States Air Force. The Deputy Commander of the Air Service was Brigadier General Billy Mitchell who went on record as an extremely vocal supporter of military airpower. Mitchell became embroiled in a power struggle to assign coastal defense over to airpower rather than Navy protection.

Air Superiority in World War Two
The U.S Army Air Forces would prove Billy Mitchell was correct about a number of things. American air power was put to the test in World War Two in the following ways: as a method of intelligence gathering, as a way to deliver troops to the battlefield, and ultimately as a way to deliver atomic weaponry that would bring the war to its final end with the surrender of Japan following the bombing of Hiroshima and Nagasaki.

On September 18, 1947, Stuart Symington became the first Secretary of the Air Force. Army Air Bases were re-designated as Air Force Bases. New uniforms and insignia were rolled out and a new command structure was put in place to recognize the specialized training and experience of Air Force pilots and commanders.

The United States Air Force Today
Today, the Air Force has over 300,000 active duty troops, with some 20,000 pilots. The total “end strength” of the Air Force, including Guard and Reserve troops, is just over half a million people.

The Air Force Birthday
Celebrating the Air Force birthday isn’t the same as celebrations for Memorial Day, Veterans’ Day, etc. September 18 is not a national holiday, but military members observe the occasion with events and activities in local communities, in individual units and squadrons, and most notably with the Air Force Ball.

Celebrating the Air Force Birthday
If you’re wondering how the military celebrates the Air Force birthday, you may not need to do more than look up at the sky, depending on the time of day and location. Air Force celebrations include air demonstrations by the Thunderbirds precision combat air demonstration squadron, military “tattoo” airshow events that feature a variety of aircraft in the air and on the ground.