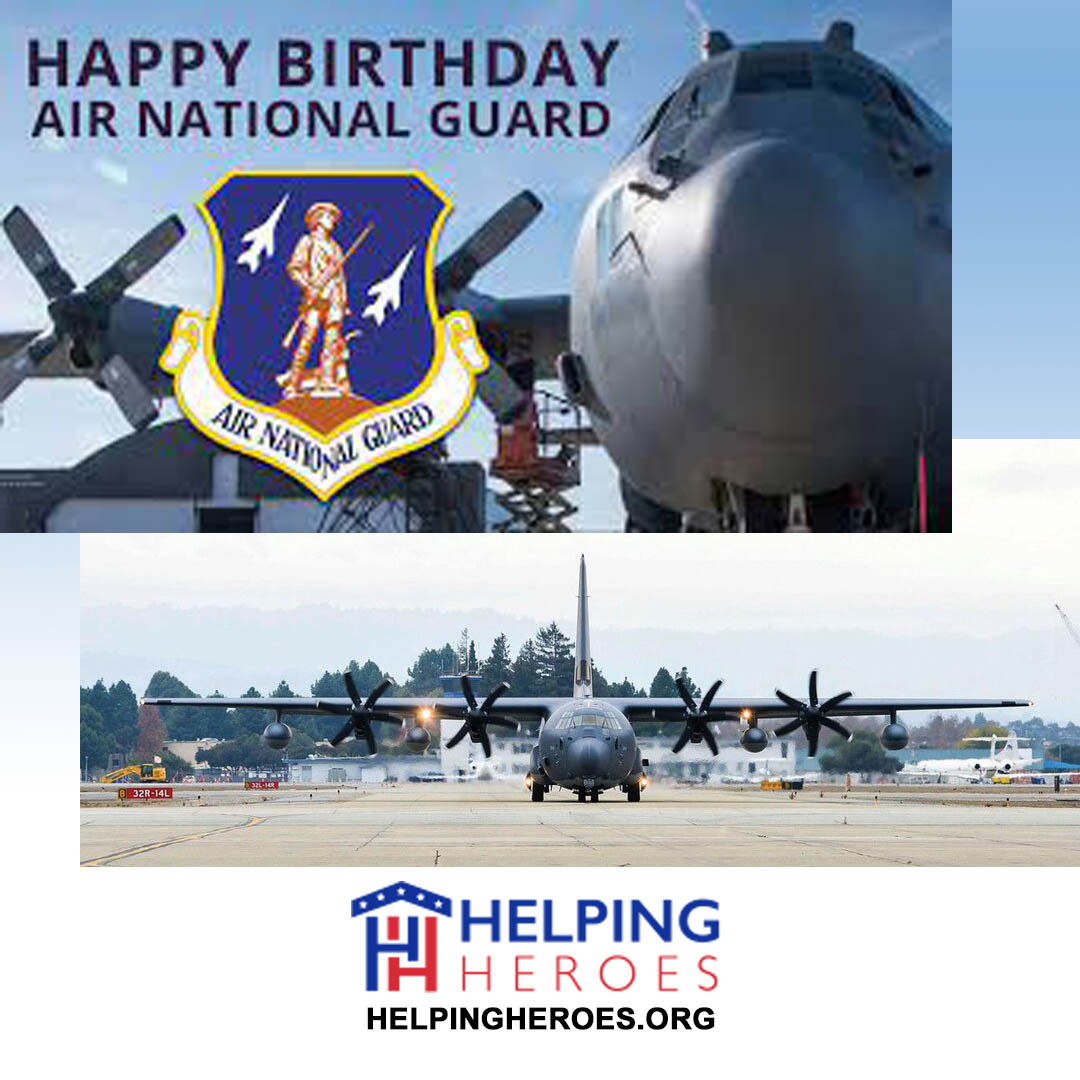 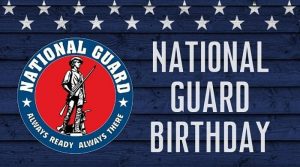 The National Guard Birthday will be observed on Monday, December 13, 2021.

The Air National Guard will be observed on Saturday, September 18, 2021.

What It Means To Be Part of The National Guard
Whether serving in the Army National Guard or the Air National Guard, the nature of service involves a concept some call being a “citizen soldier.” They are also known as a “citizen airman” which means that Guard members have joined the military with its responsibilities and privileges. They also maintain a civilian job and a life outside the active duty military world.

National Guard members have been labeled “weekend warriors” or “part-time” soldiers and airmen. The role of the Guard should not be taken for granted in the larger scheme of homeland security, global military operations, or the war on terror.

The end of the first Operation Desert Storm led to a serious reconsideration of how Guard and Reserve forces could be used to augment active duty missions. This brought the reshaping of the work and deployment of these part-time forces.

Being a member of the National Guard means being ready to put civilian careers on hold to train, deploy, and serve. The role that “weekend warriors” play in the full-time Army and Air Force work done around the world is a crucial part of the Defense Department’s planning for such operations.

Since the attacks on September 11, 2001, more than 650,000 National Guard members have been called on to serve at home and abroad.

That is no misprint. The date the Massachusetts colonial legislature authorized a consolidation of the colony’s militias into three regiments was indeed on December 13, 1636.

This date is used as part of a Defense Department tradition of using the date on the legislation officially recognizing an active or reserve component’s existence.

The Air National Guard’s Army Heritage
Like the Air Force, the Air National Guard has its roots in the U.S. Army. Military flying missions have their genesis in the Army Signal Corps. This included military balloon operations and later the first military heavier-than-air powered flights.

The Air Force became a separate branch of military service via the National Security Act of 1947. It wasn’t long before the existing National Guard Army Air Force units began operations under the command of the newly minted United States Air Force.

The official birth date of the Air National Guard as a reserve component of the Air Force is September 18, 1947.

The National Guard official site says the new branch of service inherited 59 aviation units. This included a significant number of original squadrons that were activated in 1940. The final transfer from the Army to the Air Force was finalized in 1948.

The oldest Air National Guard Unit is the New York 102nd Rescue Squadron. It was originally designated the Aero Company, Signal Corps in 1915.

Celebrating the Birthday of The National Guard
Similar to many other military observances, the birthday of the National Guard is not a national holiday, a bank holiday, or a special day off on the federal calendar. Yet Guard units around the world make a point to honor this special day. One of the most common activities to celebrate is with a National Guard Birthday cake cutting ceremony.

Tradition requires this ceremony to involve the oldest member of the celebrating Guard unit cutting the cake together with the youngest member. This is similar to the cake cutting tradition found at Army Dining-Out ceremonies, the Air Force Ball, and many other events where military heritage is an important part of the proceedings.

Some Guard units may celebrate on the local level with open houses, recruitment drives, charity work, or other community involvement.

Some governors may make an official proclamation or continue the tradition of proclamations on this day honoring the sacrifices and accomplishments of Guard members. Memorial observances for those who have died on duty are also a way to honor December 13 each year.

You can get involved in an effort to support Guard members celebrate the National Guard birthday. You can make yourself available as a current or former Guard member by contacting your local National Guard office or a Veteran Service Organization (VSO) such as the Disabled American Veterans (DAV), Veterans of Foreign Wars (VFW), or Wounded Warrior Project.