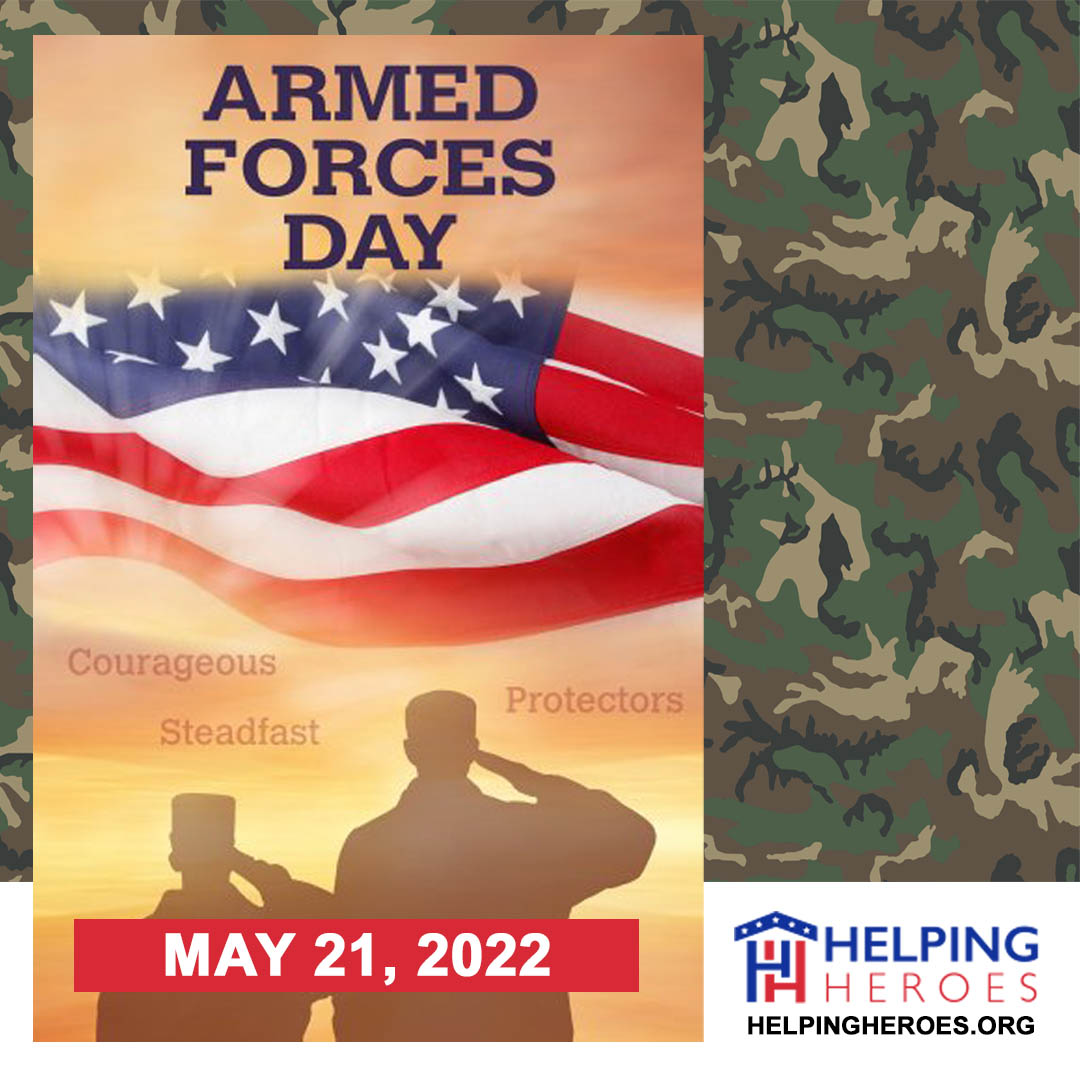 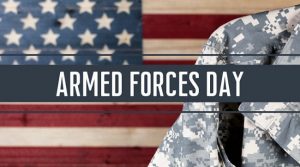 Armed Forces Day is celebrated on the third Saturday in May. Thanks to President Harry S. Truman, it’s a day to pay special tribute to the men and women of the Armed Forces. President Truman led the effort to establish a holiday in order for citizens to unite and to honor our military heroes for their patriotic service in support of the United States of America.

Who is Honored on Armed Forces Day?
Armed Forces Day is a joint celebration of all six branches of the U.S. military: Air Force, Army, Coast Guard, Marine Corps, Navy, and the newly created Space Force. The day honors all people currently serving in the U.S. armed forces. This includes the men and women who have served or are serving in the Army, Navy, Marine Corps, Air Force, Space Force and Coast Guard, including the National Guard and Reserve components.

The Army, Marine Corps, Navy, Air Force, Space Force and Coast Guard are the armed forces of the United States. The Army National Guard and the Air National Guard are reserve components of their services and operate in part under state authority.

“Today, and every day, we reaffirm our unwavering support for the millions of American patriots who fill the ranks of our Armed Forces. We are eternally grateful for every Soldier, Sailor, Airman, Marine, Coast Guardsman, and member of the Space Force, and we deeply appreciate the sacrifices their families and loved ones make on our behalf.” President Trump Proclamation on Armed Forces Day

The History of Armed Forces Day
Although, originally, there were single day celebrations for the Army, Navy and Air Force; this format changed on Aug. 21, 1949, when Secretary of Defense Louis Johnson announced the creation of Armed Forces Day. Stemming from the unification of the Armed Forces under the Department of Defense, the annual celebration now commemorates all branches of the military during one solitary day.

The first official Armed Forces Day took place on May 20, 1950, and was themed “Teamed for Defense.” In honor of the special day, B-36 Bombers flew over state capitals, a march was led by more than 10,000 veterans and troops in Washington, D.C., and over 33,000 people participated in a New York City parade.

In addition, the first Armed Forces Day also played an essential part in educating society and expanding public knowledge of the military and the role they play in the community. Therefore, it wasn’t only a means to honor those who serve or who have served in the military, but also a way to showcase its top of the line equipment and abilities used to protect those in our country.

In 1961, John F. Kennedy declared Armed Forces Day a national holiday. It’s celebrated on the third Saturday of every May and is exhibited by exercises, parades, and receptions that highlight and honor our amazing military and all of its strength.

An excerpt taken from an article written in the New York Post on May 17, 1952, sums up Armed Forces Day’s utmost importance, “It is our most earnest hope that those who are in positions of peril, that those who have made exceptional sacrifices, yes, and those who are afflicted with plain drudgery and boredom, may somehow know that we hold them in exceptional esteem. Perhaps if we are a little more conscious of our debt of honored affection they may be a little more aware of how much we think of them.”

“Our Servicemen and women are serving throughout the world as guardians of peace–many of them away from their homes, their friends and their families. They are visible evidence of our determination to meet any threat to the peace with measured strength and high resolve. They are also evidence of a harsh but inescapable truth–that the survival of freedom requires great cost and commitment, and great personal sacrifice.” – President John F. Kennedy, 1963

Today we honor all active duty service members. Thank you for your service and sacrifice. #ArmedForcesDay pic.twitter.com/I237eHoQHT

How to Celebrate Armed Forces Day
Attend one of the many events in cities across America including parades, military service displays, educational exhibits, luncheons, motorcycle rides, run/walk races and much more. Also, since Armed Forces Day is not a federal holiday, many military installations are available for public viewing for those wishing to take part in the celebration or to learn more about our country’s military.

More ways to celebrate
Wear red, white and blue
Fly the American flag
Thank a man or woman who serves or has served
Talking with or writing to a military member
Donate to veteran or military-based organizations
Send care packages for those serving overseas
Volunteer through the VA or a veterans service organization
The importance of this day should always be evident. It is a day that our military members rightly deserve and it’s essential that we celebrate it accordingly.

Armed Forces Day Quotes
“It is fitting and proper that we devote one day each year to paying special tribute to those whose constancy and courage constitute one of the bulwarks guarding the freedom of this nation and the peace of the free world.” President Dwight Eisenhower, 1953 proclamation of Armed Forces Day

“Our Servicemen and women are serving throughout the world as guardians of peace–many of them away from their homes, their friends and their families. They are visible evidence of our determination to meet any threat to the peace with measured strength and high resolve. They are also evidence of a harsh but inescapable truth–that the survival of freedom requires great cost and commitment, and great personal sacrifice.” President John F. Kennedy, 1963 proclamation of Armed Forces Day

“The men and women in our armed services are our final protection against those who wish us ill. The soldier, the sailor, the airman, and the marine in the United States and around the world are the ultimate guardians of our freedom to say what we think, go where we will, choose who we want for our leaders, and pray as we wish.” President Ronald Reagan, 1982 Armed Forces Day radio address

“In difficult times, America has called on members of our Armed Forces to protect the democratic ideals on which our country was founded, and they have never let our country down. As we confront the challenges of this new era, we will continue to rely on our military’s extraordinary skill, sense of honor, devotion to duty, and courageous commitment to service.” President George W. Bush 2002, proclamation of Armed Forces Day

“On Armed Forces Day, we offer our most profound gratitude to the patriots — at home and abroad — who have risked their lives so our people can live knowing the fullest measure of freedom and security.” President Barack Obama, 2016 proclamation of Armed Forces Day