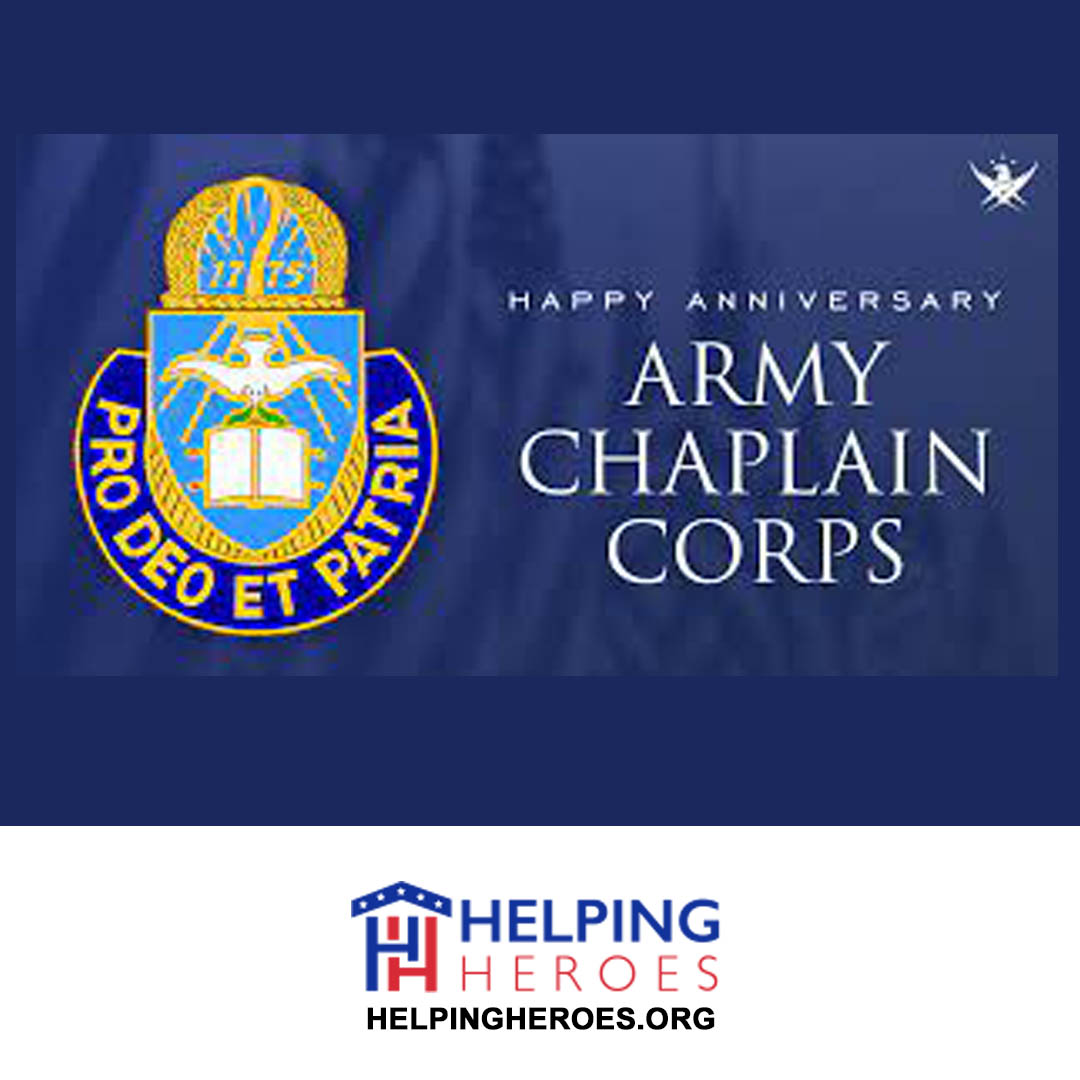 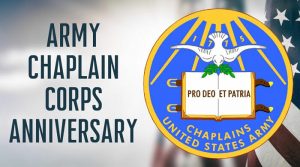 Army Chaplain Corps anniversary will be on Friday, July 29, 2022.

The Anniversary of the Army Chaplain Corps

The U.S. Army Chaplain Corps celebrates its birthday each year on July 29th, the day it was authorized by the Continental Congress. There are commemorative gatherings across the globe held by Army Chaplains, Chaplain Assistants, and other support troops to observe the birthday of the Corps.

A Brief History Of The U.S. Army Chaplain Corps

In 1775, The Continental Congress authorized the creation of an Army Chaplain Corps, providing one chaplain for each regiment. At the time, those who served as Army Chaplains were paid approximately $20 a month and had no required military uniform. The role would evolve and change over time, especially where multi-faith operations are concerned.

What Is The U.S. Army Chaplain Corps?

The Army Chaplains Corps offer soldiers spiritual guidance, counseling, advice, and mentoring in peace and wartime by employing trained clergy members who have had both spiritual and classroom-type training and have passed Army training requirements in non-combatant soldier skills.

Chaplains are expected to accompany troops on and off the battlefield, providing what the Army calls “free exercise of religion in a pluralistic setting”.

Army chaplains must be ordained, have appropriate undergraduate and graduate degrees, and must also go through Army training above and beyond college work. But not all the people who work in the Army Chaplain Corps are ordained, nor do all who serve in the Corps serve as military chaplains.

The Origin Of “Chaplain”

The word “chaplain” is said to have its’ origin in the story of St. Martin of Tours, who while a conscript in the Roman army (circa 334 A.D.) is said to have cut his cape (known as a cappa in Latin) in half to share with a homeless person. This humanitarian act is supposed to have occurred while he served as a Roman soldier before his 18th birthday.

The Historic Role Of Army Chaplains

Those who serve in the Army Chaplain Corps have always done so as non-combatants. Army Chaplains do not carry weapons, cannot direct combat operations, and cannot serve as commanders.

Army Chaplains serve as counselors, religious leaders, moral authorities, and provide comfort to those in conflict zones or affected by combat. In peacetime and outside areas where American forces engage in combat operations, you may find Chaplains working in ways similar to those who run civilian houses of worship.

Chaplains may provide teaching, guidance, serve as mentors, even work as radio personalities in military radio stations to discuss their mission, work, and services. They often serve in or in conjunction with military medical facilities on and off the battlefield.

Requirements To Become An Army Chaplain

The U.S. Army frequently adjusts, streamlines, and modifies its’ requirements of a variety of Military Occupational Specialty (MOS) codes, but in general, to become an Army Chaplain the following requirements must be met:

There are minimum education requirements to serve as an Army Chaplain, which include:

These requirements must be met with degrees from an accredited institution of higher learning.

In spite of being non-combatants, Army Chaplains have earned many awards for bravery, self-sacrifice, and valor. Five have been awarded the Medal of Honor including a posthumous award in 1969.

During World War Two, four Army Chaplains died helping servicemembers survive a German torpedo attack on an Army transport ship, the U.S.A.T Dorchester. They gave their life jackets to other soldiers, went down with the ship, and died as a result. These men, known as “The Four Chaplains” were awarded the Purple Heart and the Distinguished Service Cross posthumously.

They were also awarded a specially-created, one-time honor: the Special Medal for Heroism. This was authorized by Congress and awarded by the President on Jan. 18, 1961, and has never been awarded again.

Many other Army Chaplains have died in the line of duty, including 12 during the Korean War, and 13 killed in action during the Vietnam conflict.

There are approximately 1,300 active duty Army Chaplains, with another 1,200 Army Reserve Chaplains serving a diverse group of faiths including Buddhism, Islam, and Judaism. More than 120 individual denominations are represented.