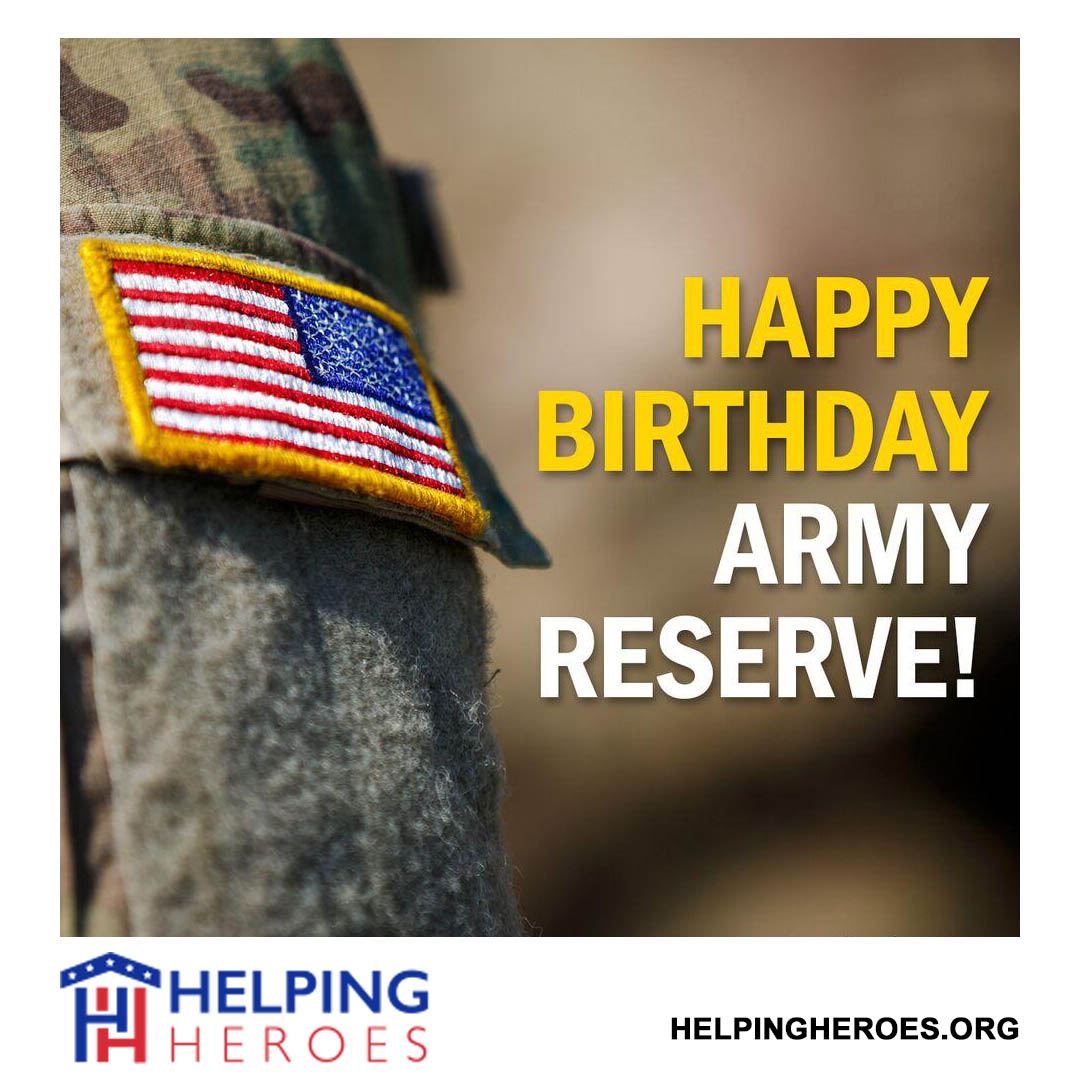 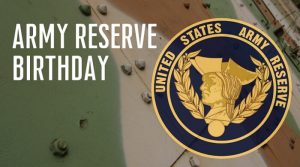 The United States Army Reserve celebrates its 114th birthday in 2022. That century-plus milestone is a significant achievement for what the Army Reserve official site describes as “the most capable, combat-ready, and lethal Federal Reserve force in the history of the Nation” and while the United States Marine Corps Reserve might take a bit of exception to that statement, there is no denying that the Army Reserve has played a very important role in American military history.

The Army Reserve celebrates its birthday on April 23 each year, celebrating contributions to two World Wars, the Cold War, Korea, Vietnam, Persian Gulf War, and many other missions.

The Army Reserve Birthday will be on Saturday, April 23rd, 2022.

There are Army Reserve communities located in every state in the Union, plus the District of Columbia, Guam, American Samoa, Puerto Rico, and the U.S. Virgin Islands. Reservists have deployed to roughly 30 countries.

A Brief History Of The Army Reserve
There are differences of opinion about the “unofficial” origins of the Army Reserve. Citizen-soldier organizations that could be considered proto-Reservist activities can be traced all the way back to the French and Indian War from 1756 to 1763, but the official precursor to today’s Army Reserve was created in 1908 when Congress organized the Medical Reserve Corps.

The National Defense Act of 1916 and its subsequent revisions/amendments brought important changes to federal laws that paved the way for an official Army Reserve force. Eventually known as the Organized Reserve Corps, Army Reservists then were part of a “peacetime pool of trained reserve officers and enlisted men” with approximately 27 reserve infantry divisions, plus six reserve cavalry divisions.

Reservists would face a major challenge with the mobilization of up to 90,000 officers; a third of those Reserve members were medical personnel. Approximately 80,000 enlisted troops were also called up, activated, and placed into newly created Army units.

World War Two would bring another call to duty; 26 Army Reserve infantry divisions, 100,000 officers, and 200,000 enlisted Army Reservists served during the Second World War. In the war’s aftermath it seemed clear that Reserve troops would have a critical role to play in the overall defense strategy of the nation.

In 1948, partly thanks to lawmakers recognizing the importance of the Reserve during World War Two, Reserve retirement and drill pay was authorized by federal law. That came just in time for the Korean War from 1950 to 1953. More than 240,000 Army Reserve Soldiers were called to active duty.

Around this time, the transition from the Organized Reserve Corps to the United States Army Reserve began. Reservists would come to expect twenty-four “inactive duty training days” per year and up to seventeen days of active duty for annual training.

At the end of the 1950s, there was a move to realign the Army Reserve, downsizing it and working on force reductions. In 1965 this ongoing effort resulted in deactivations of certain units, conversion of certain command structures, etc.

Army Reserve recruits commit to an initial eight-year contract. Some troops will serve part of that time as an active duty soldier in the “regular Army.” But it’s common to sign eight-year contracts that are spent fully in the Reserve. New recruits go through Initial Active Duty Training (IADT) and Basic Combat Training (BCT), and later Advanced Individual Training (AIT).

The Future Of The Army Reserve
Lt. Gen. Charles D. Luckey, Chief of Army Reserve and Commanding General, U.S. Army Reserve Command wrote an open letter published on the Army Reserve official site, which includes this mention of how Army leadership views the future of its Reserve force:

“The role of the Army Reserve is more critical than ever in an age characterized by the persistent presence of asymmetric threats of terrorism and radical groups as well as the emerging, dynamic, and highly contentious challenges presented by potential adversaries with the capability, propensity and willingness to contest America’s military power in all domains.” The Army Reserve continues to play an important part in national defense, humanitarian outreach, nation building, and combat operations.

The Army Reserve birthday is not a federal holiday, so no closures or stand-downs are observed in general (individual units or activities may or may not have plans to close for the birthday). You may find birthday events held at individual bases or Reserve units, Reserve HQ, etc.

How can friends, families, and Reservists celebrate the anniversary? Reserve birthday events may not reach the size and scale of national observations such as Memorial Day, POW/MIA Day, or Veterans Day, but if there is a Reserve unit near you, check to see if the unit is planning any activities.

Ask an Army recruiter and you might get a sales pitch for joining the Reserve – and for some this is exactly what they want to do. But for others, supporting Reservists by donating or volunteering with Army Emergency Relief, the Red Cross, USO, or other service-related organizations that support the Army Reserve is a less commitment-intensive option. Those interested in serving as an Army Reservist can learn more at the Army Reserve official site or by talking to a Reserve unit rep or recruiter.