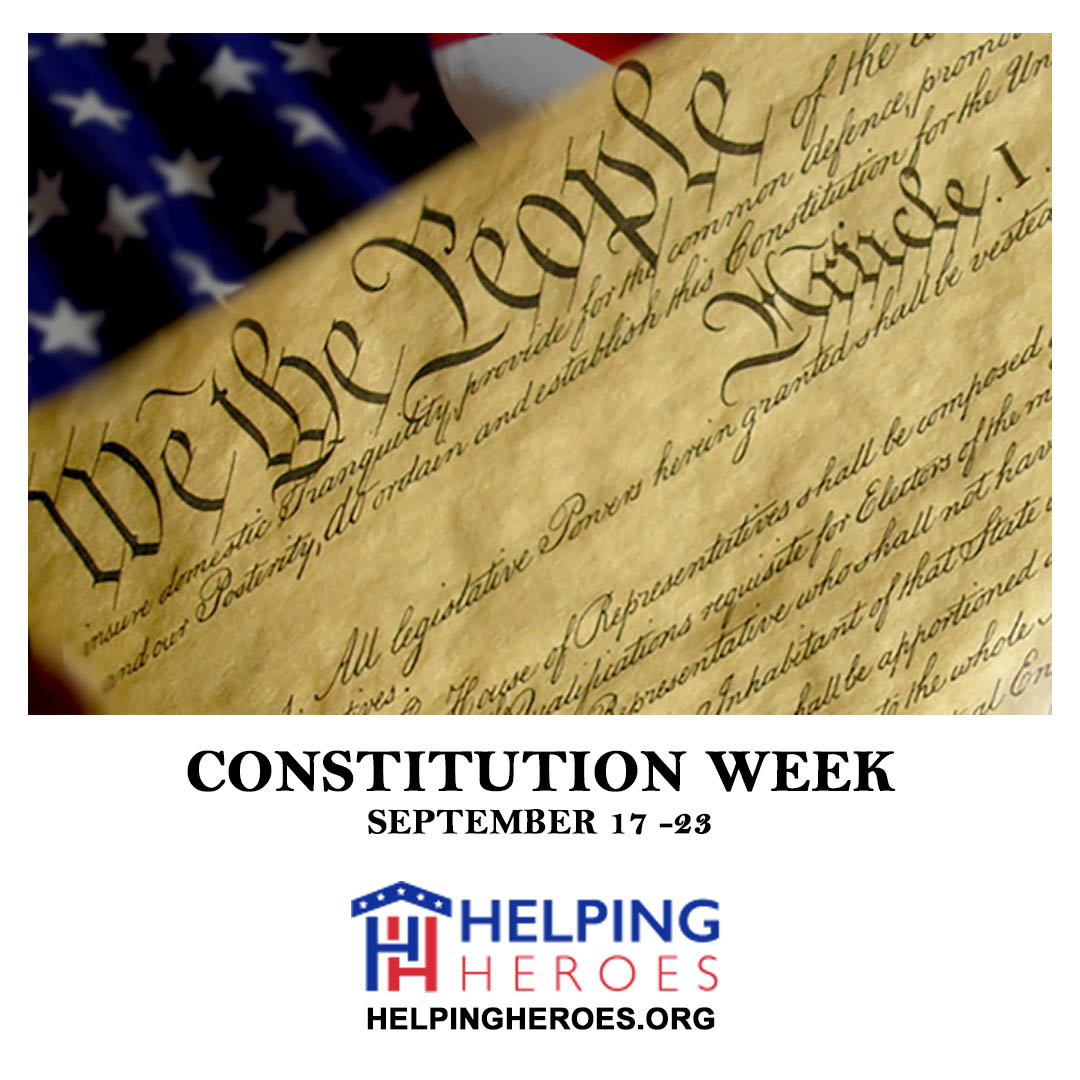 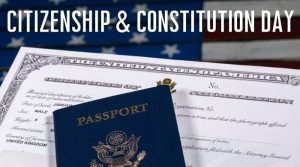 Sept. 17th is the day when two important observances take place: Citizenship Day and Constitution Day. There is also Constitution Week which is observed the week of Sept. 17 – 23. The Library of Congress official site describes these observances as being created to both commemorate the signing of the Constitution on Sept. 17, 1787, and “recognize all who, by coming of age or by naturalization, have become citizens.” During this time, the U.S. Citizenship and Immigration Services “encourages Americans to reflect on the rights and responsibilities of citizenship and what it means to be a U.S. citizen.”

Citizenship & Constitution Day will be observed on Saturday, Sept. 17, 2022.

To understand why Constitution Day and Citizenship Day are so important, we must examine the origins of the U.S. Constitution, which spells out the basic liberties, rights, and responsibilities for American citizens.

A History of The U.S. Constitution

The original document that helped shape the American democracy was not the United States Constitution.

In 1781, the Articles of Confederation established the earliest American national government but wasn’t quite up to the task of producing a robust federal government that could unite the states into something more than a set of independent territories united by a common goal of being rid of British rule.

America won its’ independence in 1783; the success of the American Revolution carried great implications for the colonists, who needed to ensure “the great experiment” of American democracy would survive its’ independence from the United Kingdom.

The Constitutional Convention of 1787

How The U.S. Constitution Became The Law of The Land

Drafting, approving, reviewing, and signing the U.S. Constitution was not the process that made it the central document of American democracy. Getting the 39 signatures was only the beginning. There was still the process of ratification to get through; at least nine of the original 13 colonies had to ratify the Constitution in order for it to become law.

This is why Alexander Hamilton, John Jay, and James Madison worked together on The Federalist Papers. This collection of writings was one of America’s earliest PR efforts and designed to convince people in the 13 colonies to get behind the Constitution and explain how the new government would operate.

Ratification of The Constitution

Five states: Connecticut, Delaware, Georgia, New Jersey, and Pennsylvania; all ratified the Constitution quickly. The holdouts included Massachusetts, North Carolina, and New Hampshire. These states were brought on board thanks to promises to amend the Constitution to address concerns such as whether the states had the right to exercise powers not specifically named in the document.

Other concerns over religious liberty, free press, and free speech were also addressed. The ninth state to ratify the Constitution (and officially make it the law of the land) was New Hampshire in 1788. Two years later, the United States Supreme Court was in session for the first time, making the United States government fully operational.

Why Citizenship Day and Constitution Day Are Observed Together

Without the U.S. Constitution, there might not be a Citizenship Day; this is because the 14th Amendment defines citizenship and provides the means to further refine and codify the process which allows one to become a citizen.

The 14th Amendment states, “All persons born or naturalized in the United States, and subject to the jurisdiction thereof, are citizens of the United States and of the State wherein they reside.”

Some who consider themselves Constitutional “literalists” might be tempted to conclude this implies a final word on what defines an American citizen as far as the “original intent” of the founding fathers, but Section 5 of the 14th Amendment authorizes Congress to enact supporting or clarifying legislation to flesh out citizenship law.

Furthermore, the U.S. Constitution gives Congress the power to create new laws for naturalization and citizenship. Article 1, Section 8 of the Constitution is known as the “Necessary and Proper Clause” which states, “The Congress shall have Power …To make all Laws which shall be necessary and proper for carrying into Execution the foregoing Powers, and all other Powers vested by this Constitution in the Government of the United States, or in any Department or Officer thereof.”

Since citizenship is defined by the Constitution and further refined by subsequent federal laws, it makes sense that Citizenship Day and Constitution Day would be observed together; the two are inextricably linked.

A Brief History of Constitution Day And Citizenship Day

In 1940, Congress passed a resolution requesting a presidential proclamation that made the third Sunday in May an observance for those who had become American citizens. This was requested to be known as “I Am An American Day.” This resulted in many areas holding citizenship celebrations and welcoming those who had recently attained U.S. citizenship.

12 years in later in 1952, the “I Am An American Day” resolution was repealed. It was replaced by a new law recognizing new citizens on Sept. 17, the same day the Constitution was signed.

This law made the observance into what we know now as Citizenship Day and encouraged state and local governments to formally plan to celebrate it. It also includes a request for “the complete instruction of citizens in their responsibilities and opportunities as citizens of the United States and of the State and locality in which they reside.”

In 2004, Citizenship Day was addressed once more; Congress changed the designation of Citizenship Day to include Constitution Day and added new requirements to the holiday. Those requirements include federal agencies providing all employees with training materials that cover the U.S. Constitution every Sept. 17. Another requirement; all educational institutions supported by federal funds must hold an event for students each Sept. 17th.

Citizenship ceremonies are key to the observance of Citizenship Day. One excellent example, every year on Sept. 17, the National Archives holds naturalization events in its rotunda including giving the Oath of Allegiance to new U.S. Citizens in a group ceremony.

The American Immigration Lawyers’ Association holds annual events to promote immigration and naturalization. This agency provides citizenship workshops and other services to those who want to become citizens, take the Oath of Allegiance, and begin a new life as an American.

State and local governments, military bases, civic organizations, and other groups may observe Citizenship Day in their own unique ways including parades, recognition ceremonies, and other events designed to promote becoming an American.

How to Become An American Citizen

Getting married to a United States citizen is also a path to citizenship. This is not automatic with the act of marriage; one must apply for a Green Card based on the legal marriage, provide evidence of the marriage, and pass a Green Card interview.

Another path to citizenship is via service in the United States military. There is a misconception among some that the act of serving in uniform qualifies the veteran to be a citizen.

After serving a minimum of time in uniform, the veteran is allowed to apply for citizenship via the same or similar naturalization procedures as non-military members seeking naturalization. The application is not guaranteed to be approved, but military service can definitely work in the immigrant’s favor.

Naturalization is a path to American citizenship for those who can meet age and residency requirements. An application is required, and the applicant must pass a citizenship test. The naturalization procedures can be complex and challenging-some hire immigration attorneys to help navigate this path to becoming an American.

Preparing to Apply for Citizenship

The United States Department of Citizenship and Immigration Services offers preparatory materials for those who are preparing to take citizenship tests, take the Oath of Allegiance, etc.