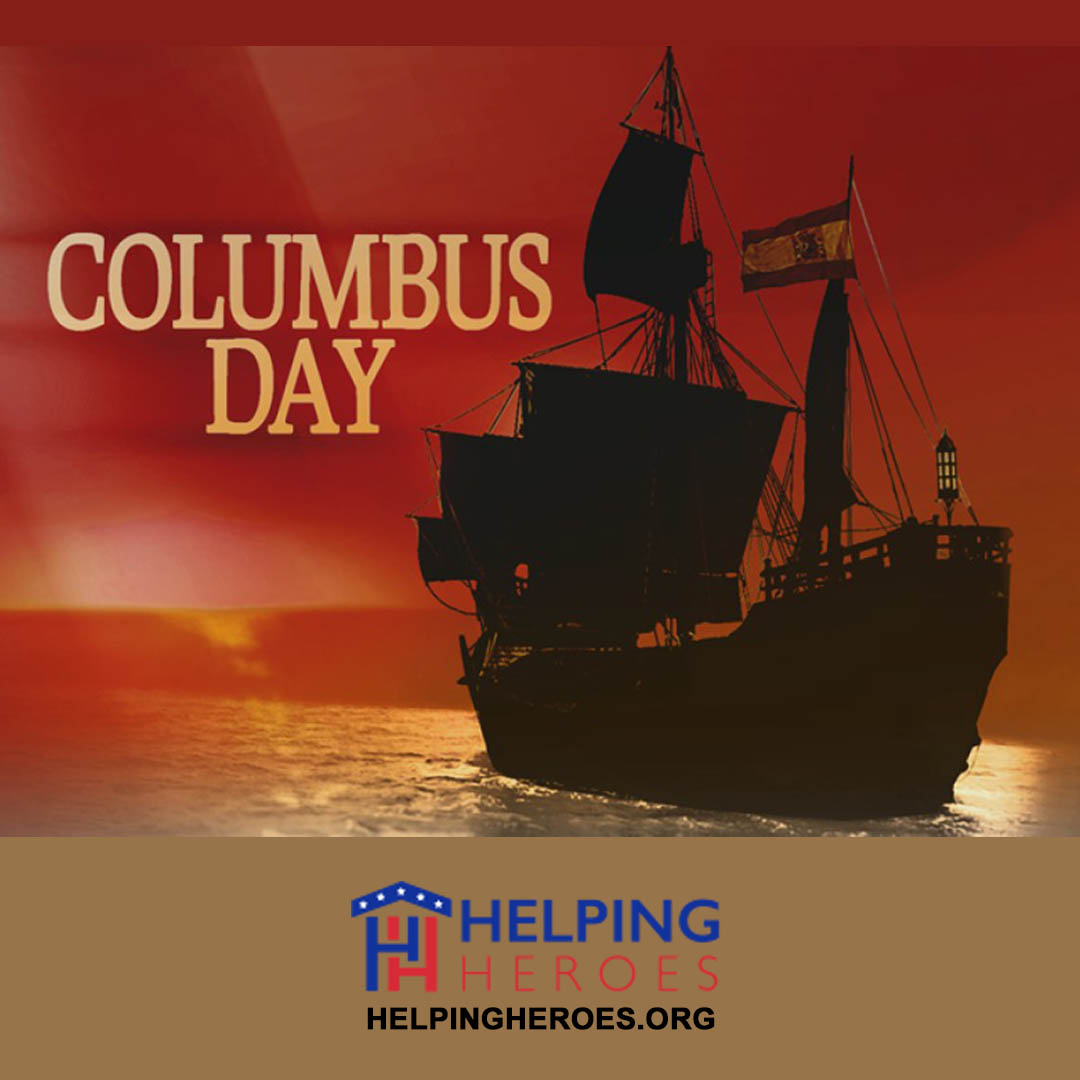 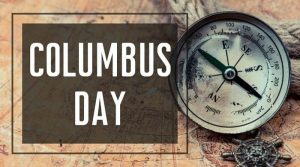 Columbus Day is observed in the United States on the second Monday in October. It commemorates Christopher Columbus and his journey to what was then known as the New World.

He arrived in the Americas on October 12, 1492. The holiday has become more controversial in recent decades thanks to the growing awareness of the plight of indigenous peoples. The native people were dramatically affected by Columbus’ discovery, the following European migration, and conflicts that arose from that migration.

Erickson’s feat did not result in the same immigration of Europeans to these shores that Columbus’ voyage inspired. This is the primary reason why Christopher Columbus receives the credit that Leif Erikson does not.

Another European explorer named John Cabot was the first non-Viking to set foot in America on written record in 1497. Some sources speculate that the reason Cabot was not given credit in American history books was due to the fact that he sailed for England. Cabot claimed the land for the British crown, which was a controversial point later with the American Revolution.

A Few Words about Amerigo Vespucci
Amerigo Vespucci inspired United States of America’s name. This was partly due to the publication of letters purportedly written by Vespucci detailing voyages to the New World. They had a considerable role in raising the awareness of America in Europe. Martin Waldseemüller, a prominent map maker, created a New World map featuring the continent he named America. This is the feminine Latin version of Vespucci’s first name.

Waldseemüller later published a book which included one of Amerigo Vespucci’s descriptions of the sea voyage. Later scholars would dispute the authenticity of some of the material published under Vespucci’s name.

It is believed that some of these materials were created by third parties who assembled some of Vespucci’s actual letters with other writings along with materials attributed to Vespucci, but actually written by someone else. Neither Amerigo Vespucci nor Waldseemüller were accused of the fabrications.

A Brief History of Columbus’s Journey to America
In the 1400s, Italian explorer Christopher Columbus was backed by Spanish monarchy to set sail and chart a course to Asia. At the time educated Europeans knew the Earth was round, but they had no working knowledge of the Pacific Ocean according to History.com. It was assumed the Atlantic was the only way to get to trading opportunities in the East.

Columbus found himself in the Bahamas rather than China by having underestimated the size of the planet like many of his contemporaries. Some reports detailed Columbus spotting Cuba and mistaking it for the China mainland. He explored that area and beyond. Christopher ended up at Hispaniola in December, which is part of a chain of islands in the Caribbean known as the Greater Antilles.

He claimed the site in the name of Spain, established a small colony with just under 40 people, and returned to Spain with honors awaiting him. Unfortunately, he returned to Spain with captives from Hispaniola and ideas on how to conquer a native people. According to some accounts, they were regarded as “very simple” especially where matters of warfare were concerned.

After Columbus, thousands of outsiders would come to the area bringing colonization, enslavement, and harsh treatment of the indigenous people in places like Haiti, the Dominican Republic, and elsewhere.

Columbus Discovering America: It’s Complicated
Columbus would make four total trips to the New World before his death in 1506. The one thing he never did was set foot in any part of what we know today as the continental United States of America.

His discovery of the New World in general was a major achievement for European powers. Spain in particular would benefit greatly from this in the 100 years or so that followed Columbus and his voyages.

A Brief History of Columbus Day
Columbus Day has been celebrated in America for some time. Some sources say as early as 1792 when the Tammany Society in New York City and the Massachusetts Historical Society celebrated the 300th anniversary of Columbus finding the New World.

Christopher Columbus was born in Italy. Many Italian-Americans have celebrated Columbus Day as an extension of Italian heritage. One of the earliest known public celebrations in the area was held in New York City in 1866.

One of the reasons we have Columbus Day as a national holiday is due to the lobbying efforts in Denver, Colorado by a first-generation Italian-American named Angelo Noce. He succeeded in getting Columbus Day its first official recognition as a legal holiday.

In 1892, President Benjamin Harrison made the first presidential attempt to establish a Columbus Day holiday. Time magazine reported that the Knights of Columbus, “an organization with a largely Italian, Roman Catholic membership” took to lobbying state and Federal government officials to make Columbus Day an official observance.

Years later in 1934, lobbying efforts by both the Knights of Columbus and New York City Italian leader Generoso Pope convinced the federal government to proclaim October 12 as the official Columbus Day nationwide.

In 1937, the Knights of Columbus finally achieved what they wanted when President Franklin Roosevelt established a federal observance. It wouldn’t be until 1972 when President Richard Nixon established the federal holiday permanently by presidential proclamation that it became what we know today.

Columbus Day Controversies
There are many who have issues with celebrating Columbus Day. Some argue that it is unacceptable in the 21st century to whitewash history. This is especially a concern with colonialism, the slave trade, and the brutal treatment of indigenous peoples.

Columbus was known as a brutal leader. His stint as the governor of the colony he founded in Hispaniola actually ended with him being removed from office. He was briefly imprisoned by the same monarchy that sent him out in the first place.

King Ferdinand and Queen Isabella, the king and queen of Spain, had to investigate reports that stated Columbus had local residents working as slave labor or had their hands cut off and he ordered dissenters to be killed, etc. They jailed Columbus for approximately six weeks and he never returned to the Governorship of Hispaniola.

Not all states celebrate Columbus Day for these and related reasons. South Dakota celebrates Native Americans Day as an alternative. Hawaii and Alaska do not observe Columbus Day either. NPR reports that since 1992, the city of Berkeley, California observes Indigenous Peoples Day instead along with the following cities:

For many, Columbus Day is just another federal holiday. For others, the second Monday in October is one of the most embattled holidays on the American calendar. While Columbus Day is not exactly a polarizing topic for much of the population, there is rightfully some heated discussion about the implications of the holiday given what is more widely understood about how indigenous people were treated by colonial powers at the time.

The U.S. Military and Columbus Day
Unlike more military-centered holidays like the 4th of July or Memorial Day, it may be hard to find formal, official celebrations of this holiday outside of training holidays. For example, the Army makes Columbus Day weekend a four-day holiday.

But many Department of Defense Dependent Schools or local military installations may have small observances, many for education-based reasons. The alternatives to Columbus Day such as Indigenous Peoples Day actually have more organization and visibility in more formal ways in some communities.

Columbus Day in America is more of a symbolic holiday to some by representing the dawn of the story of the United States. Others hope that this concept will eventually be joined with a more realistic or objective view of the history behind the legend of 1492.