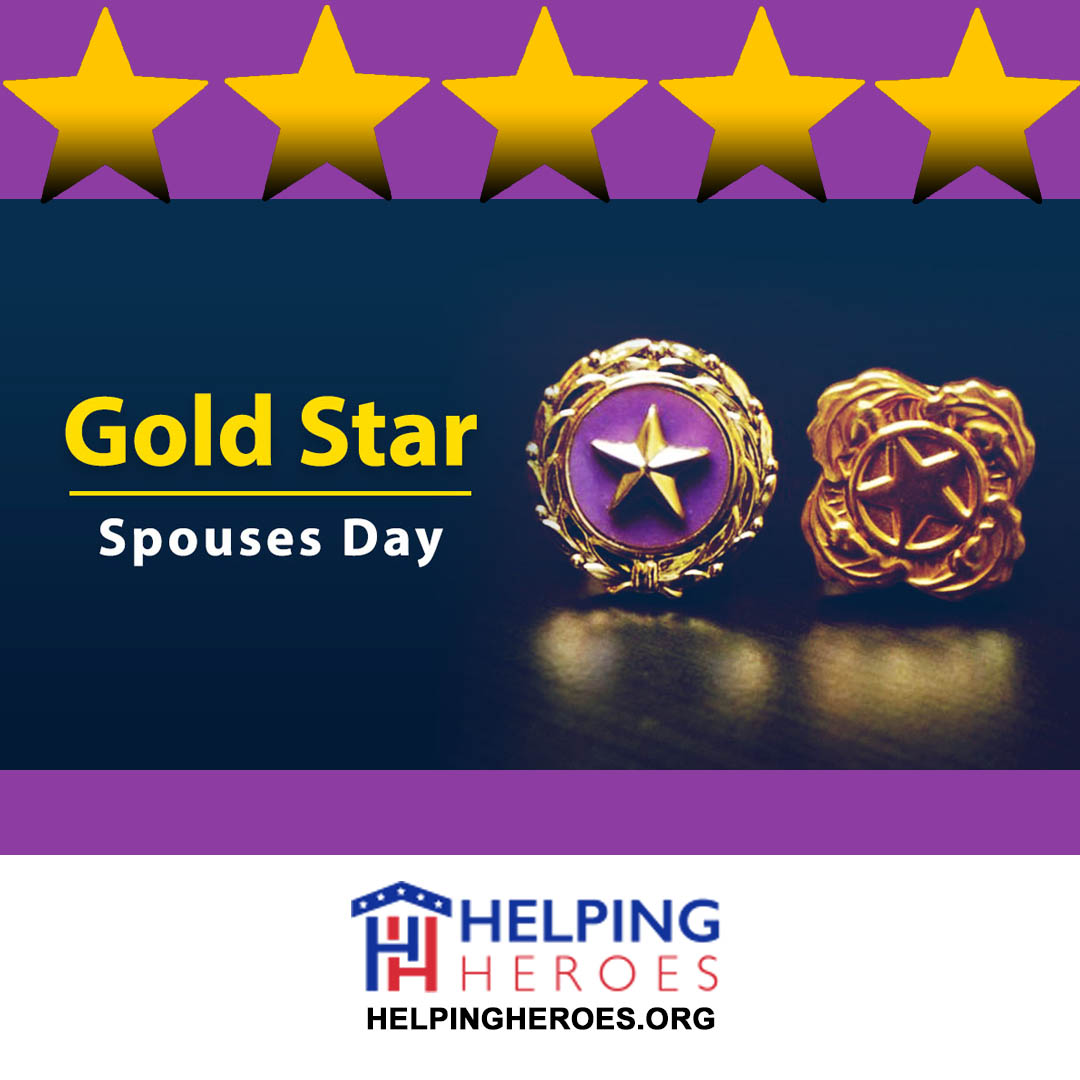 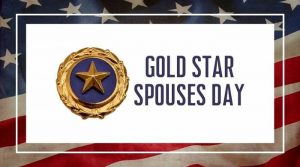 Gold Star Spouses day will be observed on Tuesday, April 5, 2022.

As with many things in American culture, it can take time for our institutions to catch up with society, which is why over time the word “wives” in the name of the remembrance has been replaced by the word “spouses” many use the terms Gold Star Wives Day and Gold Star Spouses Day interchangeably.

This recognition of the sacrifices made by military spouses is all at once a memorial for the fallen, a remembrance day for the survivors, and an appreciation for those who are sometimes in danger of being overlooked for their support and service to the country.

What Is The Gold Star?

The U.S. Army official site explains that the Gold Star is a tradition that begin during World War One. Service flags were flown by military families during this time, with blue stars for every family member serving in uniform.

“If that loved one died,” Army.mil reports, “the blue star was replaced by a gold star. This allowed members of the community to know the price that the family had paid in the cause of freedom.” Later, the tradition evolved to include the wearing of a Gold Star lapel button, awarded by the military to surviving family members.

The Gold Star lapel button for next-of-kin was created in 1973 to “symbolize active duty service members who lost their lives in non-combat operations” according to Navy.mil. The design of the next-of-kin Gold Star button is slightly different with a gold star with laurel leaves against a gold background.

Who Awards The Gold Star?

Gold Star pins and colors are traditionally presented by an officer to the next-of-kin during funeral honors for the fallen military member.

This tradition began in the early part of the 20th century as Gold Star Mother’s Day, observed on the last Sunday of September beginning in 1936. An organization known as Gold Star Wives began operating before the end of the Second World War, and the Gold Star lapel button tradition was established in the summer of 1947.

All of this set the stage for Gold Star Spouses Day, which began as Gold Star Wives Day-the first of which occurred in December 2010. Two years later a Senate resolution codified Gold Star Wives Day, observed on April 5 each year. Later guidance changed the recognition to be more inclusive.

The organization Gold Star Wives welcomes all Gold Star spouses, for example, but retains the original name. The organization welcomes membership applications from “Any surviving spouse of any person of the United States military who died while a member of the armed forces of our country, or who died subsequent to such service as a result of an injury or disability incurred during such service.”

Gold Star Spouses Day is not a national holiday. Banks do not close, markets remain open, and it’s business as usual on most military installations in terms of the day-to-day mission. But many installations have their own special observances of the day.

Some events are directly associated with military fitness and lifestyle. A variety of 5K memorial runs on and off-base happen close to April 5th. And there are remembrance efforts online and social media.

One grassroots Facebook campaign urged Gold Star families to post photos and remembrances of fallen loved ones on April 5. Other events focus more on remembrance and support of local Gold Star spouses in the community

Honoring Gold Star spouses can include special access to areas family members and civilians might not otherwise see. One good example is in Alabama at Fort Rucker. For several years running, the Army installation has hosted Gold Star Simulator Day at the Goodhand Simulator Complex, letting families and civilians experience the flight simulators there.

It’s a goodwill gesture to the public in general, but it’s also a way to raise awareness of and give support to the families affected by war. Due to mission requirements or other factors, this particular program doesn’t happen on April 5, but definitely supports the spirit of Gold Star Spouses Day.

One organization sponsored a Gold Star letter writing campaign to Presidential candidates in 2016, urging respect and increased visibility for families of the fallen. This effort, which was ongoing and not limited to or tied exclusively to Gold Star Spouses Day, is the type of support needed in this community of survivors.

April 5, and truly any other day where there are Gold Star events, memorials, or recognition, is an important moment. One of the most significant accomplishments of Gold Star Spouses Day efforts isn’t really the increased awareness of the sacrifices these families have made or their grief.

Those things are extremely important, but perhaps more crucial is the awareness the holiday brings to Gold Star survivors themselves of the large network of resources and assistance available to those who have loved ones who died in the line of duty.

A good example? The Gold Star Wives organization’s list of scholarship resources that can help the spouses and children of the fallen. This collection of resources includes the Pat Tillman Scholarship, Children of Fallen Patriots Foundation, and the Fisher House Foundation Scholarships For Military Children.

Another group of resources comes from the United States Army itself-Survivor Outreach Services (SOS) is “an Army-wide program designed to provide dedicated and comprehensive support to survivors of deceased Soldiers”.

According to the Army, SOS is a program “designed specifically to meet the needs of our survivor population, with dedicated resources, and a commitment to providing first class service for as long as the family desires”. These services are available via different avenues at the state level or at your nearest Army base and may vary depending on the installation, location, and other factors.

The Army isn’t the only branch of the service doing Gold Star outreach. The Air Force offers Gold Star military ID cards for surviving family members, giving them unrestricted base access for common areas where base events are held, but more importantly it allows them easy access to Family Readiness Centers to get help and emotional support. The Navy and Marine Corps also have their own Gold Star programs.