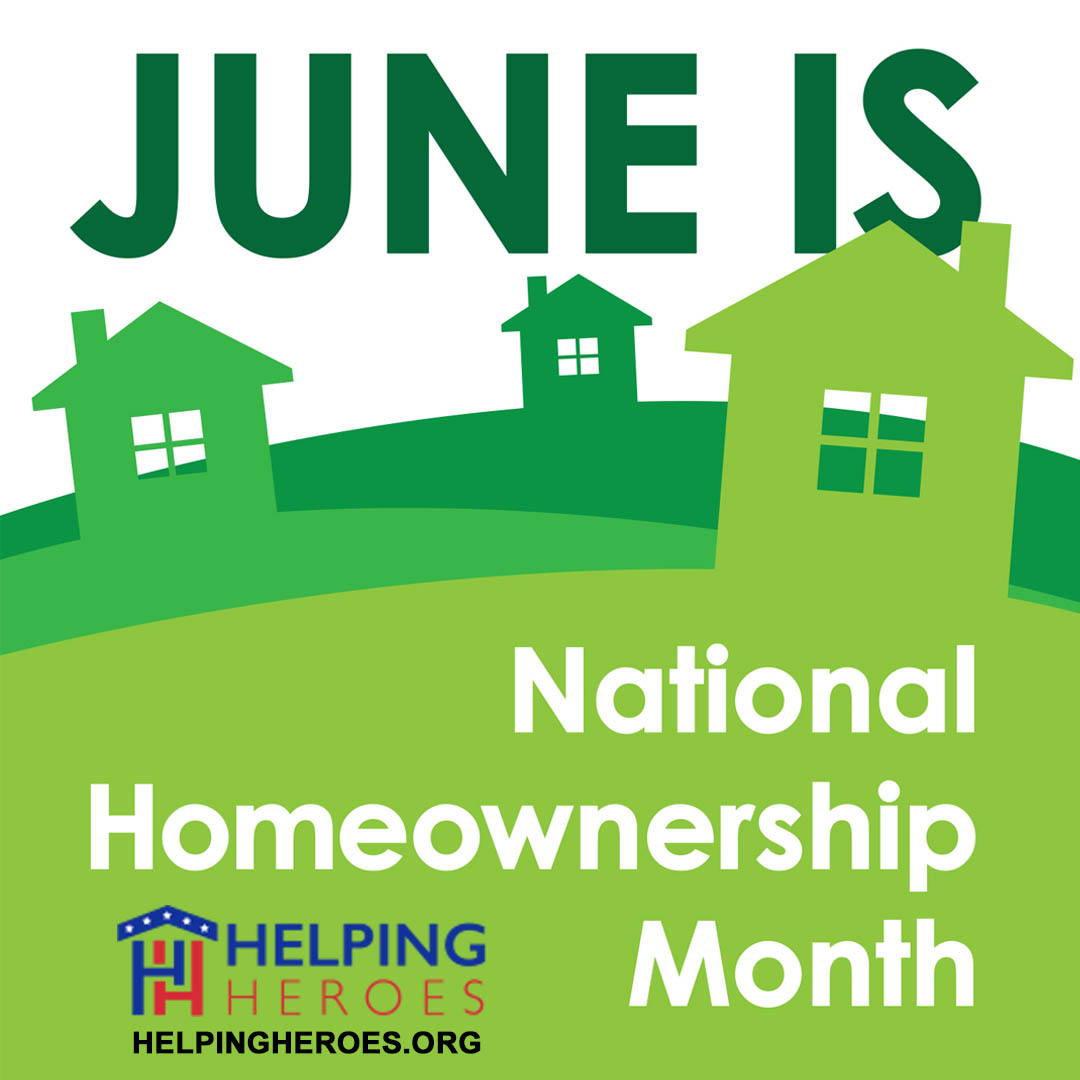 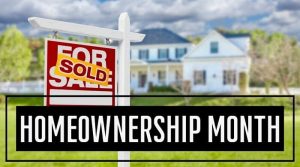 June is National Homeownership Month (NHM), a time to celebrate the value that owning a home brings to families, communities, and neighborhoods across America. Owning a home is so important in American society that there are multiple government agencies which guarantee mortgages to make them more affordable. The VA, FHA, and USDA all provide mortgage loan guarantees with a goal of encouraging people to own their homes.

“Today, for people across the United States, the desire to own a home burns as brightly as it ever has. Yet the stark reality is that, for too many, the dream of homeownership is becoming more difficult to realize and sustain”. This, Biden notes, is “especially true” in the aftermath of  COVID-19 lockdowns, furloughs, etc.

How long has the nation been promoting home ownership?

Some sources report that the start of a national push to recognize homeownership began under President Clinton. One source reports, specifically that in 1995, “National Homeownership Week began as a strategy” intended “to increase homeownership across the nation”.

But other sources say as early as the 1920s, local groups of real estate professionals decided to start a week-long observance to promote owning a home. This eventually led to the National Association of Realtors creating an official version of that celebration, which would be named Private Property Week in 1976, and later redesignated as American Home Week in the 1980s.

In 2002, President George W. Bush proclaimed the entire month of June as National Home Ownership Month, and Presidents ever since have made this proclamation, which is also an awareness campaign operated by HUD.

Veterans Can Buy a Home with $0 Down

{Sponsored}The VA Home Loan offers $0 Down with no PMI. Find out if you’re eligible for this powerful home buying benefit. Prequalify today!

What HUD Says About Homeownership

One of the reasons the Department of Housing and Urban Development has such an interest in promoting home ownership?

HUD literature says, “Responsible homeownership is the key to building wealth and a strong middle class”. HUD also claims a number of benefits for communities with a strong group of owners.

Among those benefits? Homeowners move less frequently than renters, “making it easier to build community networks”. Homeownership also offers “tremendous freedom to create the living environment that you have always wanted”.

National Association of Realtors data referenced in the HUD National Homeownership Month toolkit claims that homeowners have a “greater awareness of the political process” as well as “higher incidence of membership in voluntary organizations” and even “lower teen pregnancy by children (sic) living in owned homes,” according to the toolkit.

No specific data or numbers were presented to back that last claim in the toolkit, but in any case, President Biden reinforces the nation’s commitment to promoting homeownership saying, “The Department of Housing and Urban Development will continue to advance affordable and sustainable homeownership throughout our Nation”.

Biden adds that one important way to do that is to “root out systemic discrimination from our housing market and break down the unjust barriers that prevent too many Americans from buying a home.”

In recent times, the FHA and HUD were focused on helping homeowners deal with the financial stress of the COVID-19 pandemic, and the resulting unemployment problems that forced many Americans to make arrangements with their loan officers for loan forbearance or other foreclosure avoidance measures.

Add to that factor record-low mortgage loan interest rates but tougher credit approval guidelines  and it’s easy to see how important government agencies like HUD are as well as the steps these agencies have taken to help.

Promoting home ownership means helping Americans make the most informed choices they can about owning a home. That is one reason why HUD advises first-time home buyers to take advantage of their referral program borrowers can use to get HUD-approved homebuyer counseling.

The HUD Office of Housing Counseling has resources including a national network of some 2,000 housing counseling agencies to help borrowers understand the home buying process, what it takes to financially prepare, and how to make informed home buying choices.

You can call 1-800 CALL FHA to request a referral to a local, HUD-approved counselor. In addition to that resource, HUD pledges the following to help the American home buyer:

National Homeownership Month is not new; neither are the challenges American home owners deal with in terms of finding affordable housing, maintaining their home, and being able to afford that home.

But for some, the information learned during these awareness campaigns can make the difference when it comes to buying a home that isn’t right for the borrower or taking out a loan that doesn’t serve the borrower’s financial goals and needs.

A little information can go a long way, especially where home loan choices, fair housing laws, and other areas are concerned.

Buying and owning a home are great things for many Americans. But being able to keep the home you buy is just as important and Homeownership Month provides resources to help borrowers purchase AND keep their property.