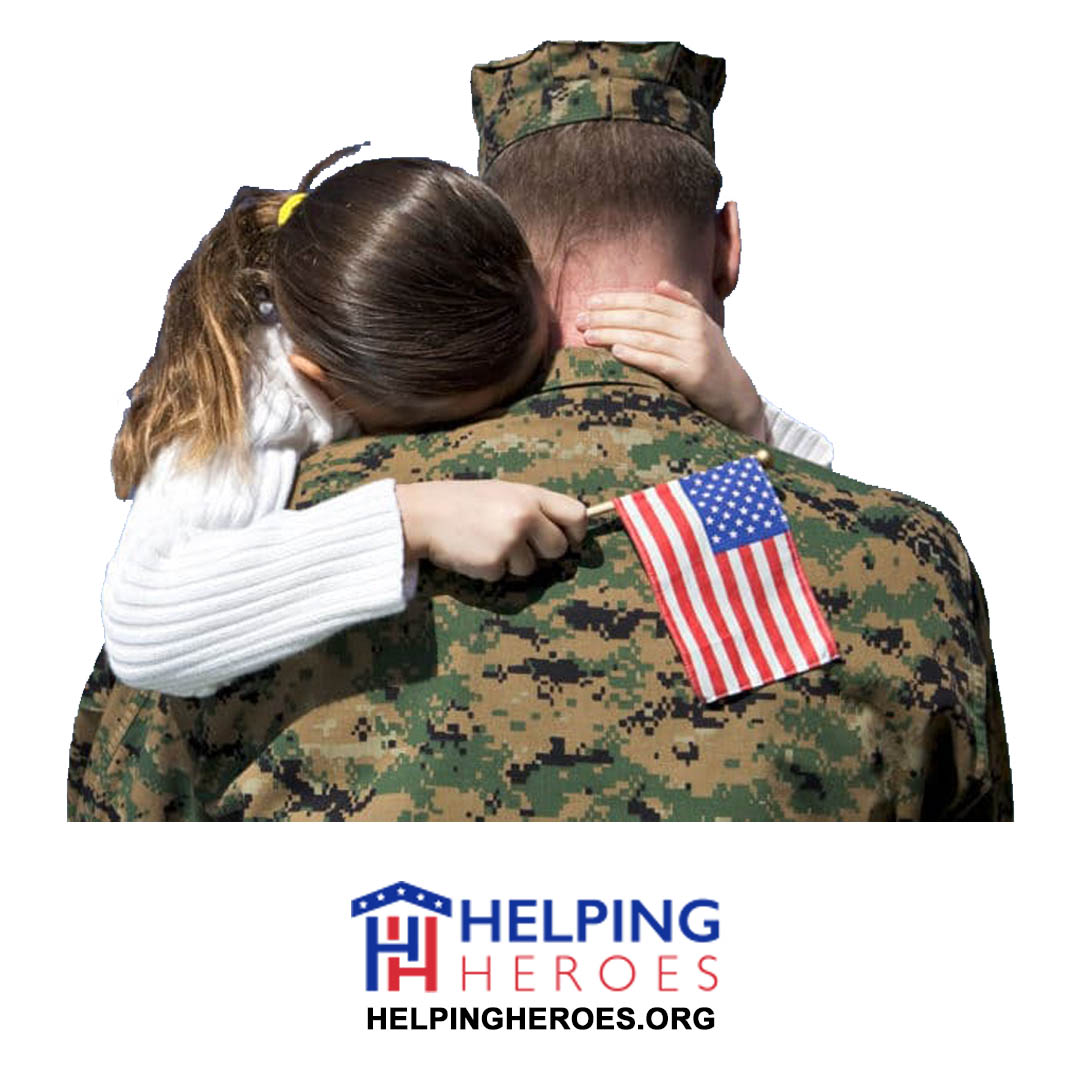 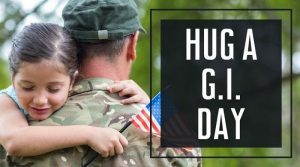 March 4th is recognized by many as Hug A G.I. Day. The backstory of Hug A G.I. Day might fascinate you. This fun, one-day recognition of troops serving all over the world didn’t get its start with a Congressional charter, a House Resolution, or a Presidential proclamation.
This holiday was started by a private citizen and has since made national headlines and become a part of the informal national holiday calendar.
Hug a G.I. Day will be hugged out next on Friday, March 4, 2022.

She began this journey more than three decades ago and founded Hug A G.I. Day in 1996. A popular joke that often surfaces on the holiday reminds us that this is the only day in the 12-month calendar that is a complete sentence and a direct order: “March FORTH!”

The Origins Of The Term “G.I.”
The abbreviation “G.I.” used to stand for “government issue”, “ground infantry”, and was later used as shorthand to refer to any male person serving in uniform.
There are those who may think only of Army troops when using the term, but the truth is that it’s evolved into more of a catchall phrase to describe anyone who serves. Other nations use the term “G.I.” too. In Britain, the phrase refers to a Gunnery Instructor.

During World War One, U.S. troops began using slang for incoming German artillery that included the term “G.I. cans.”
By the time the World War Two era was in full swing, the Selective Service System brought G.I. into widespread use. Some sources say the term replaced the less-than-flattering “doughboy” moniker used previously.

At least one source places some of the praise for bringing “G.I.” into more widespread acceptability with General Dwight D. Eisenhower, who is quoted saying that during World War Two, “the truly heroic figure of this war [is] G.I. Joe and his counterpart in the air, the navy, and the Merchant Marine…”
Fast-forward about 22 years and the release of the very first G.I. Joe action figure by Hasbro and you start to see how “G.I.” became a popular phrase and mental image of those who serve. In spite of that history, some feel the term is a bit of an anachronism in the 21st century, preferring service-specific references rather than the broader term, G.I.

No matter how the phrase became an unofficial part of military jargon, “G.I.” was written in law in the Montgomery G.I. Bill of 1944, what is officially known as The Servicemen’s Readjustment Act of 1944, which included the G.I. Bill.

Who Does Hug A G.I. Day Honor?
Like the definition of “G.I.” mentioned above, Hug A G.I. Day was created to honor all who serve. It doesn’t single out any branch of service, but encourages family, friends, and strangers to show their appreciation for those who serve.
On March 4th, approximately 1.4 million active-duty are honored. These troops and their families make regular sacrifices to serve.
Laying down your life for your country is honored for the ultimate sacrifice that it is, but there are many smaller sacrifices made every day around the world by U.S. officers and enlisted personnel who dedicate their lives to the service of the nation.

These men and women provide help and relief during natural disasters, they participate in rescues and humanitarian missions and fight a global war on terrorism.

How to Observe National Hug a G.I. Day
The most obvious way to observe March 4th is to give a service member a hug. It’s important to recognize that some veterans or currently serving military members may wish to give consent before having physical contact for a variety of reasons.

Those reasons may include back problems or spinal injuries, knee problems, chronic pain, PTSD, and any number of other issues.
Hug A G.I. on March 4th, but make sure it’s OK to do so! Some injuries aren’t obvious to a well-intentioned hugger but may be subject to additional problems through unexpected physical contact.

Handshakes, thanks, and virtual greetings are just as acceptable on March 4th as they are on birthdays, anniversaries, and other celebrations. Some take to Facebook to say thank you. You can view posts about Hug A G.I. events by searching Facebook using the term and the date.

You won’t find military units pausing to observe such informal holidays, though you may find units or military organizations talking about such observations as a tie-in to other events, fundraisers, or promotions.

None of the “hugging holidays” listed here are observed in an official capacity by the federal government, but these lighthearted-but-important efforts are recognized as being important morale boosters among those who participate or are recognized for their military service.