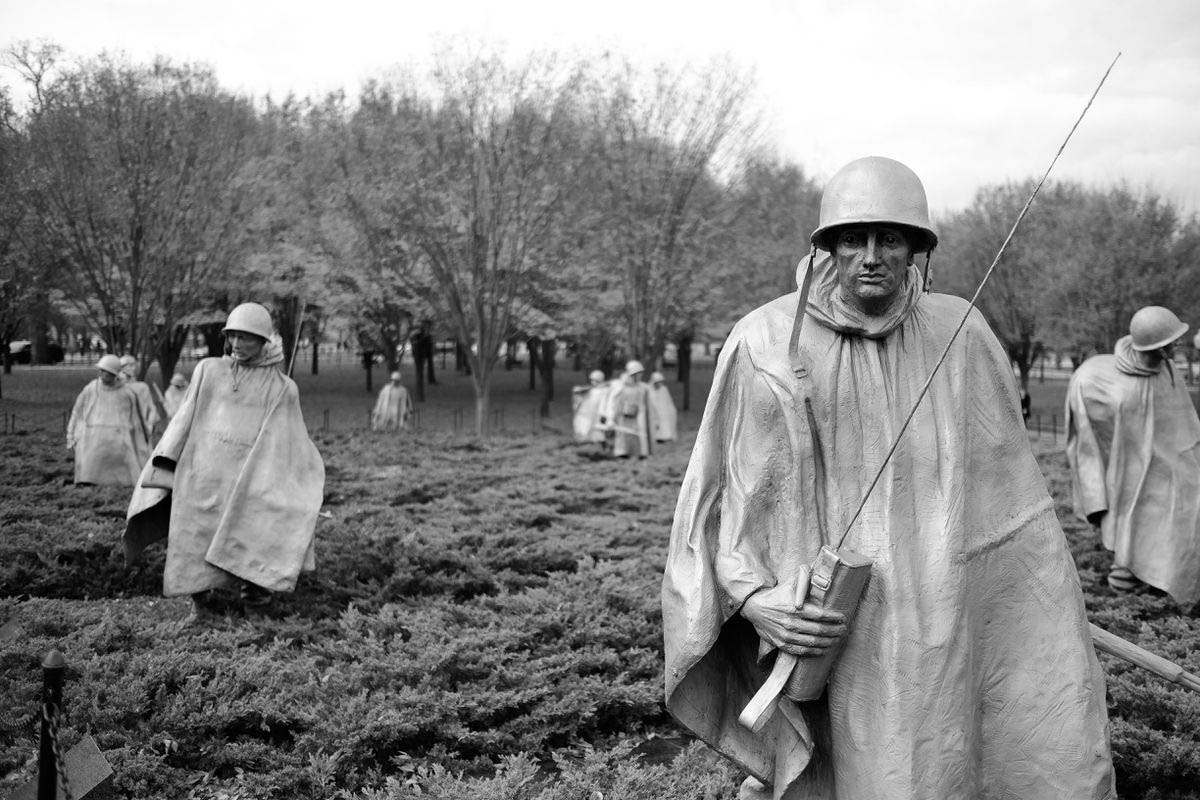 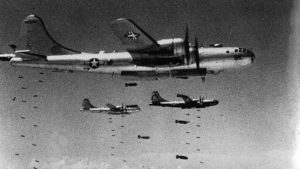 The Korean War started on June 25, 1950, when North Korea’s army invaded South Korea, in what was the first military strike of the Cold War. The United States joined the war in July, backing South Korea, in another effort of America’s fight against the propagation of communism.

History
After the end of World War II, the territory of Korea, which had been at the hands of the Japanese, was handed to the United States and the Soviet Union to decide what to do with it. In 1945, the peninsula was divided in half, with the Americans taking possession of the area to the south, and the Russians occupied the north of the divide.

Eventually, two new states were formed in the peninsula, with the south being ruled by anti-communist Syngman Rhee, who was supported by the US government, and the north was ruled by communist dictator Kim Il Sung, who had the support of the Soviets. Both rulers wanted to go over the border in order to conquer the other side, and take possession of all of the Korean peninsula.

North Korea’s transgression of the 38th parallel and invasion of South Korea was feared by Americans to be the first step in communism taking over the world, and the government never doubted that intervention from the United States’ army would be necessary. For Americans, this was a war against communism and a symbol of the struggle between good and evil in the Cold War.

At first, the American army intervened with a defensive strategy in mind, with the only goal of driving the communists out of South Korea. However, unlike the South Korean army, the North Korean army was well armed and well trained and quickly moving forward in their invasion. Thus, President Truman decided that the American intervention should become an offensive one, with the only purpose of liberating the North from communism.

However, as the American army gained territory in North Korea, the Chinese government got frightened that American troops would go on to invade Chinese territory, and deployed their troops to back North Korea against the US army. Truman did not want this, as a war with China could prompt the Soviets to begin a war in Europe, causing unnecessary casualties. He promptly fired the generals who wanted to fight China.

In 1951, with new generals by his side, President Truman began peace talks with North Korea. After two years of negotiations, an armistice was signed on July 27, 1953, marking the end of the Korean War. All sides agreed to give South Korea 1,500 more square miles of territory near the 38th parallel, and a “demilitarized zone” was created on the border of the two countries.

Korean War Aftermath
The United States Army lost 40,000 troops in the Korean War. The Korean War Veterans Memorial was built at the National Mall in Washington to honor those who fought in this war.