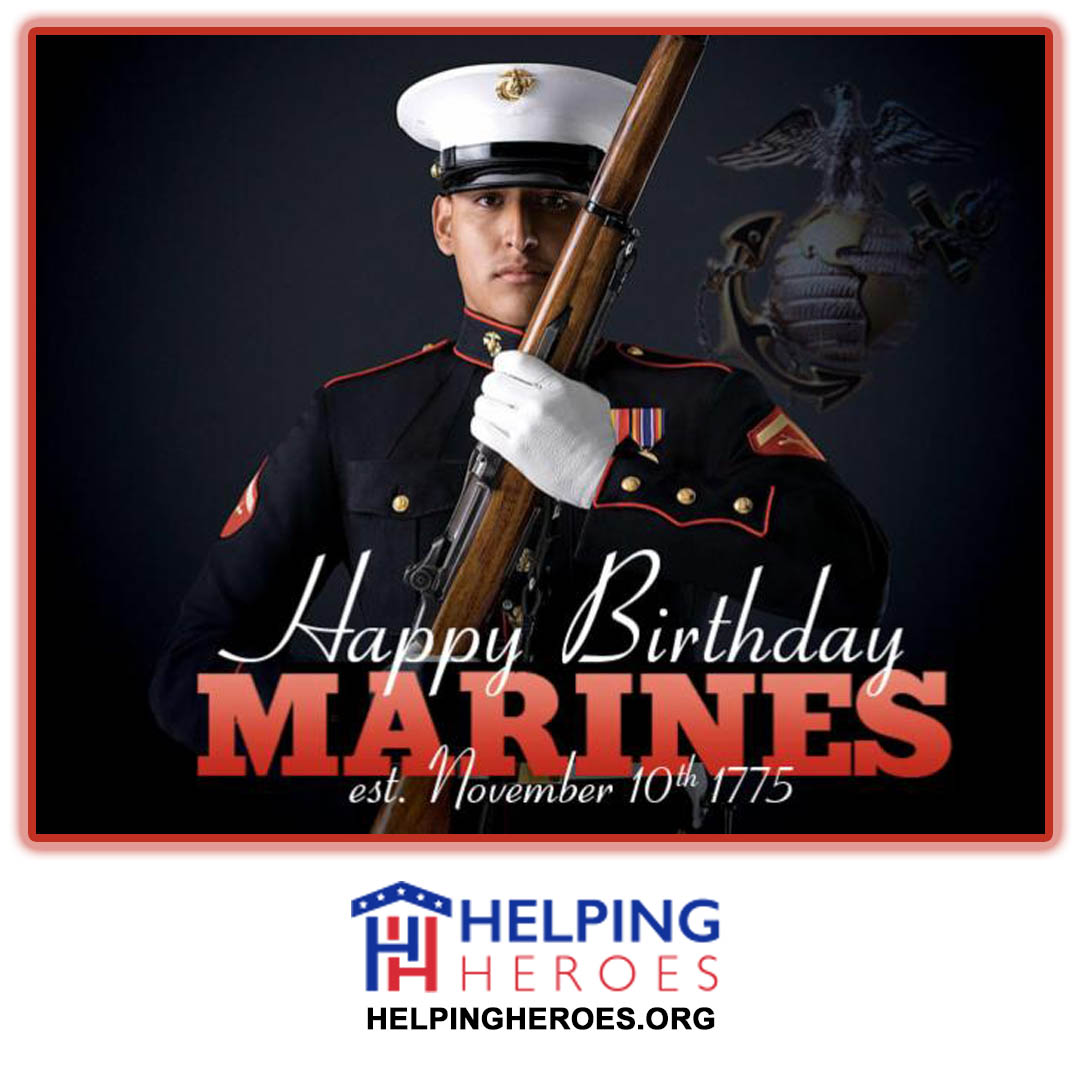 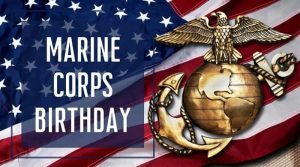 The Marine Corps birthday is a day for all Marines – once a Marine, always a Marine – to celebrate their shared service, history and legacy.

Thursday, Nov. 10, 2022 will be the United States Marine Corps’ 246th birthday. While not a Federal holiday, Marines around the world have celebrated the Marine Corps Birthday for over a century.

History of the Marine Corps Birthday
On Nov. 10th, 1775 the Continental Congress passed a resolution creating two battalions of Marines. According to the resolution, the Continental Marine Corps sought men who were “good seamen, or so acquainted with maritime affairs as to be able to serve to advantage by sea.”

Hundreds of men answered the call and mustered under the first Commandant, Samuel Nicholas. His first enlisted men found their way to Tun Tavern in Philadelphia and the Marine Corps was born.

According to the U.S. Marine Corps official website: “Throughout the American Revolution, the Marines served with distinction aboard the Continental vessels, but with the ending of that conflict, the entire Naval Service was so neglected through lack of appropriations and necessary legislation that by 1785 it actually ceased to exist.”

A naval Quasi-War with France prompted an act of congress on July 11, 1798 that reestablished the Marine Corps. The military branch formed from this act continues to exist today, continuing to distinguish itself as one of the finest fighting forces in human history.

Marine Corps Birthday Traditions
In 1921, Maj. Gen. John Lejune, then Commandant of the Marine Corps, released a memo establishing Nov. 10, 1775 as the official birthday of the service.

“On Nov. 10, 1775, a Corps of Marines was created by a resolution of Continental Congress. Since that date many thousand men have borne the name ‘Marine.’ In memory of them it is fitting that we who are Marines should commemorate the birthday of our corps by calling to mind the glories of its long and illustrious history.”

Lejune’s message cemented Nov. 10 as the Marine Corps birthday and served as the first message from the Commandant to the Corps on its birthday.

The traditional message has continued in the century since and now has a place in every Marine Corps ball ceremony.

“Having one day to celebrate the birthday is not good enough,” said Commandant Gen. David Berger in 2019. “We have to have a whole week.”

Units throughout the Marine Corps follow the Commandant’s example and celebrate with some cadence and a three mile run wherever they are stationed.

It’s an opportunity to relive the Corps’ history and legacy and fellowship with other Marines.

Marine Corps Ball Dress Code
The Marine Corps ball is a black-tie occasion. Marines will wear their Class A dress uniforms. The civilian equivalent is a tuxedo, suit and tie or a floor-length gown that “matches the formality of the dress uniform,” according to the Marine Corps Community Services.

Ball invitations may advise civilian attendees against gowns with low-cut necklines or high slits in the skirt.

Here’s what to expect at the Marine Corps Ball.

Commandant’s Message
After guests arrive, mingle and find their seats, the band will take their position as the Commandant’s annual message is read or played for the attendees. This tradition dates back to 1921 when Maj. Gen. John Lejune delivered the first message on the Marine Corps’ first officially recognized birthday.

Adjutant’s Call
When the message is over, you’ll hear the command “Sound Attention!” followed by a bugle call, then “Sound Adjutant’s Call!” and a second bugle call. At that point, escorting Marines will line the entrance to the ceremony floor. The the Guest of Honor and the senior Marine present at the ball will walk in.

Posting of the Colors
At the command to “March on the Colors,” the color guard will enter and halt in the center of the escort line to present the flag for the national anthem. Attendees will rise and salute the flag during this portion of the ceremony.

Marine Corps Hymn
Attendees will remain standing as the band plays the Marine Corps Hymn and another detail – called the cake escort – presents the cake. The oldest and youngest Marines present at the ceremony will enter behind the cake.

Lejuene’s message and Guest of Honor speech
Attendees take their seats. The ceremony adjutant reads Maj. Gen. John Lejune’s original 1921 message to the Marine Corps. The ceremony narrator will introduce the guest of honor who will give a speech.

Cake Cutting Ceremony
The cake ceremony is one of the most important parts of the Marine Corps Birthday Ball tradition.

When the guest of honor finishes speaking, everyone on the ceremony floor will come to attention as the oldest and youngest Marine approach the cake. The senior cake escort hands a ceremonial Mameluke Sword to the senior Marine in attendance.

The Mameluke sword dates back to 1805 when a Marine lieutenant received a similar sword from an Ottoman noble following the Battle of Derna during the war with the Barbary States.

The guest of honor receives the first piece of cake. Then, “The next piece is given to the oldest and youngest Marines present, symbolizing the experience and the youthful spirit that are hallmarks of our Corps,” according to the Marine Corps Drill Manual. “The passing of the cake from the oldest to the youngest marine symbolizes the passing of history and traditions to the next generation.”

Closing of the Ceremony
After the cake ceremony, the cake escorts, the ceremony adjutant and the oldest and youngest Marines leave the floor. At the command to “Retire the Colors,” attendees will rise as the Color Guard enters the room again, retrieves the flags and leaves. The escort line will give a sword salute until the color guard, the Guest of Honor and the senior Marine leave the room. Then the escort line will leave after them.