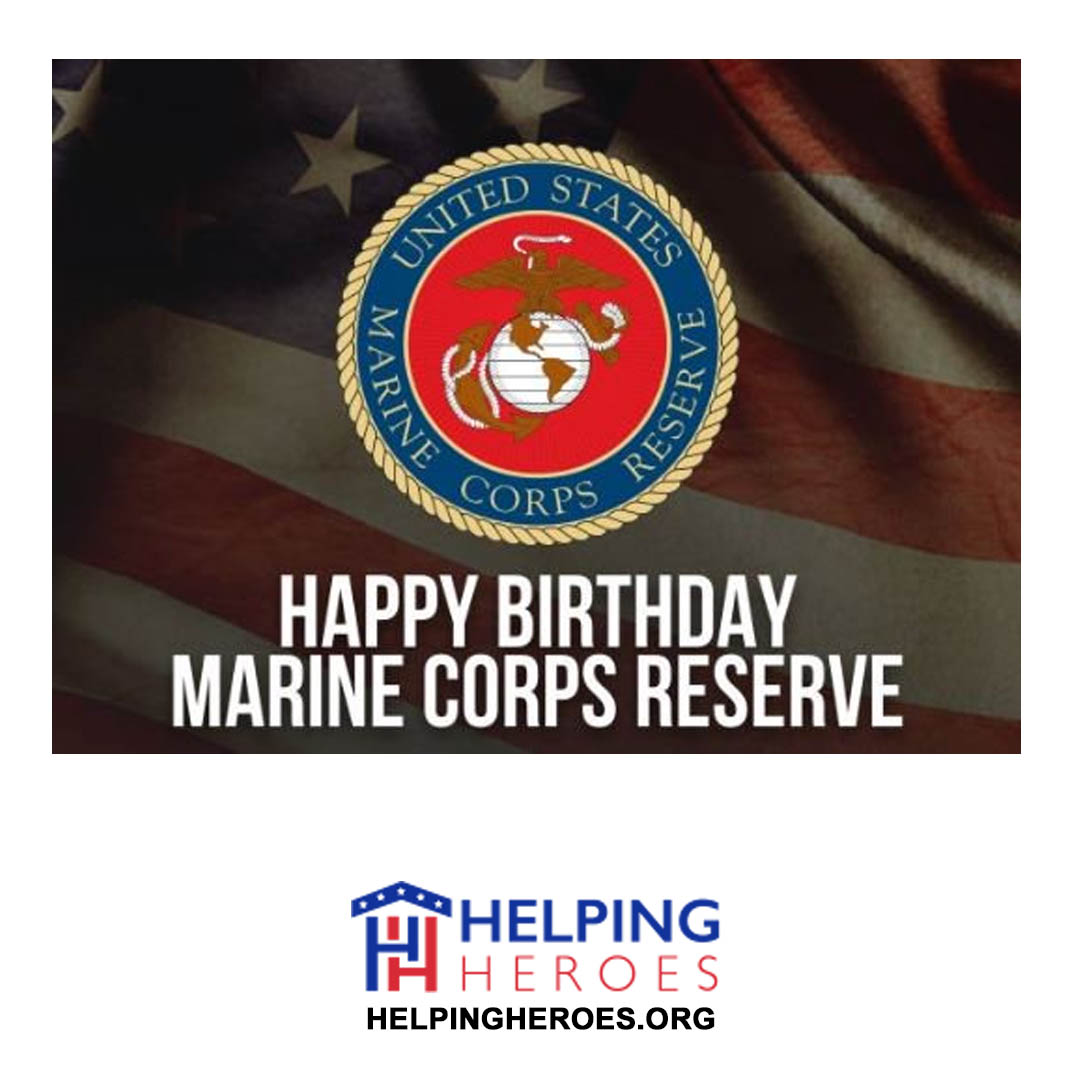 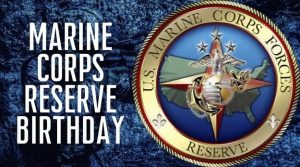 Marine Corps Reserve birthday will be celebrated on Monday, Aug. 29, 2022.

The Mission Of The Marine Corps Reserve

The Marine Forces Reserve is tasked with the mission of augmenting and reinforcing active duty Marine forces during a war or open hostilities, national emergencies, and contingency operations. The Marine Corps Reserve also relieves active duty forces in peacetime missions and offers service to the community.

A Brief History of the Marine Corps Reserve

In 1916, President Woodrow Wilson’s signature on the Naval Appropriations Act brought the concept of a Navy and Marine Corps Reserve force to life. When the United States joined World War One, the Marine Reserve forces totaled three officers and 32 enlisted Marines, but by the time the war ended that number expanded to over 6,000 total Reservists.

The Naval Reserve Act of 1925 brought change and more organization to the Marine Corps Reserve, but during a period of downsizing. By 1930 there was talk about saving money by merging the United States Marine Corps with the U.S. Army. That’s an idea that didn’t come to pass; after some public outcry by elected officials in favor of a standalone Marine Corps, the idea was abandoned.

Some ten years later, the House Naval Affairs Committee approved an increase in Drill Status Reserves to 485 officers and 6,500 enlisted Marines, plus a standby reserve of more than 2,000 officers and 1,600 enlisted.

This act seemed to solidify the future of the United States Marine Corps Reserve, and in 1938 a replacement Naval Reserve Act was passed, creating the basis for the Marine Reserve force we have today.

Years later, after the end of the military draft and the transition to an all-volunteer force in the 1970s, the United States Marine Corps Reserve would build itself into an approximately 38,000 members-strong force in the Marine Corps Select Reserve with another approximate 70,000 Marines serving in the Individual Ready Reserve that we know today.

You can consult the Marine Corps Flag Manual to learn how to properly display the Marine Reserve service flag alongside the American flag.

You can also thank a Marine Reservist for her or his service, or even consider a visit to the National Museum of the Marine Corps in Virginia which includes more than 100 years of Marine Corps history.

Another option is to consider supporting the Navy-Marine Corps Relief Society, which partners with the Navy and Marine Corps to provide “financial, educational, and other assistance to members of the Naval Service of the United States, eligible family members, and survivors when in need; and to receive and manage funds to administer these programs,” according to the official site.

Some organizations (including Marine Reserve Associations and Marine-related charitable organizations) may have local chapters that organize golf tournaments, barbecues, or other gatherings to honor Marine Reservists. These will likely be advertised in the local area on Facebook and other social media platforms.

The Marine Corps Reserve is open to qualified candidates between 18 and 29 years old. Prospective recruits may be permitted to join at 17 as long as there is documented parental consent. All Marine Corps Reserve candidates must have a high school diploma, though some GED holders are permitted to join on a limited basis if the candidate has high enough scores on the Armed Services Vocational Aptitude Battery test (ASVAB).

Those who are in college and interested in becoming a Marine Corps Reserve officer should see if the campus offers a Navy ROTC program.

Basic training/Recruit Training is a physically and mentally demanding process that instills Marine Corps values and teaches new recruits how to function as a team. The Marines are very proud of the fact that new recruits are trained the same no matter if they are active or Reserve.