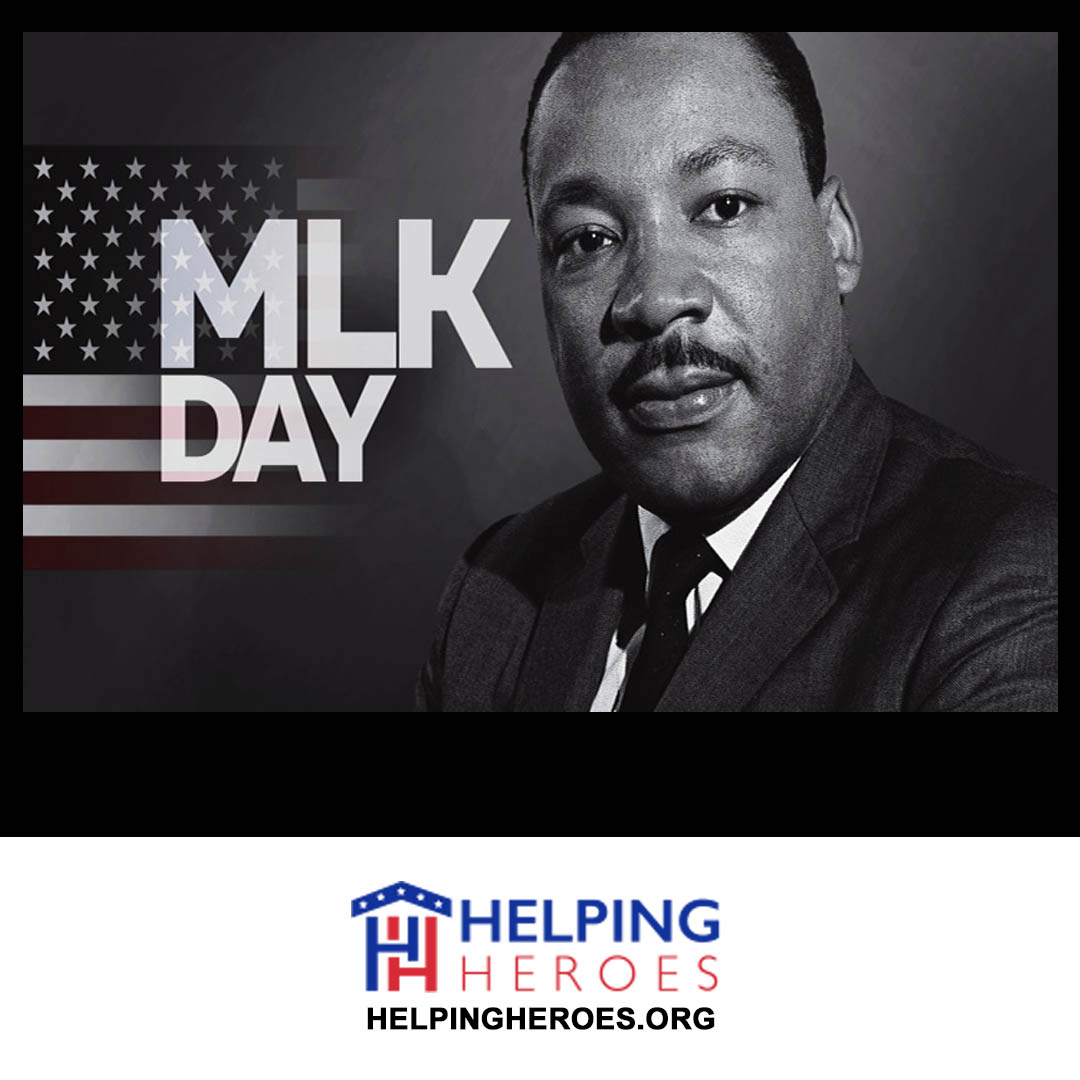 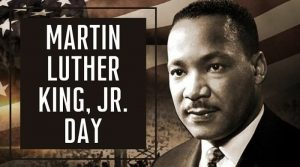 “Injustice anywhere is a threat to justice everywhere. We are caught in an inescapable network of mutuality, tied in a single garment of destiny. Whatever affects one directly, affects all indirectly.”
– Dr. Martin Luther King, Jr., “Letter from Birmingham Jail”

One of the greatest American civil rights leaders of the 20th century, Doctor Martin Luther King, Jr. was born on January 15, 1929. It’s a date honored nationwide on the third Monday in January. He was one of the most important figures in American civil rights history. The celebration of Dr. King’s birthday has been sadly marked by some of the discrimination he fought so hard against. King’s birthday was not officially honored in all 50 states until the year 2000. Prior to that, some states combined his birthday in ways that would be quite controversial and unacceptable today.

How does the United States military observe Martin Luther King’s Birthday? A quick look at the United States Army official site shows that today’s Department of Defense and all four branches of military service are dedicated to a set of values that include the vision of Dr. King.

“The Army is aligned with the Department of Defense to ensure that everyone who is able and willing to serve has the full and equal opportunity to do so and will be treated with dignity and respect. America’s Army remains mission ready by leveraging a diverse, all-volunteer force.”

A Brief History of Martin Luther King, Jr.
Martin Luther King, Jr. was born in Atlanta, Georgia in 1929. He was an advanced student and skipped at least two grades before entering college at age 15. King’s early days in college are said to be less ambitious, but eventually King chose to enter a Pennsylvania theological seminary and begin working towards a career in religious studies.

Unfortunately, some published accounts of King’s life at this time are still marred with the taint of racism. One such report published as late as 2014 on Biography.com describes King as having had “an affair with a white woman” during his college years. This sort of racial identifier is a symptom of the type of mindset King would work very hard to change.

His college work earned him a fellowship for graduate school. While working on his PhD, King met and later married Coretta Scott. The couple would have four children. Only two years after he married, Martin Luther King became Dr. Martin Luther King at age 25. At the time, he was also serving as the pastor of Dexter Avenue Baptist Church in Montgomery, Alabama.

That same year, 1955, Rosa Parks was arrested for violating Montgomery City Code for not giving up her seat to people overflowing from the “whites only” section of the bus. The night of her arrest, Martin Luther King, Jr. got involved in a planning committee to organize a local bus boycott in protest. King was named as the leader of the boycott for a variety of reasons such as his role in the NAACP and his newness in the area. King was unlikely to have made enemies or been involved in local controversies up to that point.

King made a speech around this time announcing the groups’ intentions. “We have no alternative but to protest. For many years we have shown an amazing patience. We have sometimes given our white brothers the feeling that we liked the way we were being treated. But we come here tonight to be saved from that patience that makes us patient with anything less than freedom and justice.”

This was his first of many teachable moments from history. King would lead this protest for more than a year before the City of Montgomery admitted defeat. The city removed the bus segregation laws and began to creep towards justice for all its’ citizens. In the journey toward this victory, King and other organizers were faced with a variety of threats and intimidation tactics including direct attacks on their homes.

King would lead other movements, peaceful protests, and sit-ins. His rationale for these events is clear from a statement he made from jail in Birmingham, Alabama. “”Nonviolent direct action seeks to create such a crisis and foster such a tension that a community, which has constantly refused to negotiate, is forced to confront the issue.”

This idea would be put to the test with King’s famous marches to Washington and from Selma to Montgomery, Alabama. There were actually three marches from Selma, met with violence and vigilante attacks on the peaceful protesters. King’s presence and direction for at least one of the marches may have prevented a larger confrontation.

The net result of these activities was that Alabama Governor George Wallace was in direct opposition with President Lyndon Johnson. Wallace refused to protect the marchers or to acknowledge their civil rights. In wake of the Selma marches, LBJ went on national television to ask Congress to approve his administration’s voting rights laws to help fight discrimination. In 1965, President Johnson signed the Voting Rights Act into law.

This act eliminated “literacy tests” and other questionable practices designed to restrict and control voting by non-whites.

King would work hard to promote civil rights, non-violence, and equality. His work expanded to major U.S. cities such as Chicago, Illinois, Los Angeles, and elsewhere. He was a vocal opponent of the Vietnam War remained committed to nonviolence even when some of his activist contemporaries, including a pre-Mecca visit Malcolm X, were talking publicly about equality “by any means necessary.”

Malcolm X in particular would be controversial for this stance until he returned from a visit to Mecca with a new vision far more in keeping with the spirit of Dr. King’s non-violence approach. Malcolm X would be assassinated in 1965.

Three years later, Dr. Martin Luther King found himself in Memphis, Tennessee to support labor rights for Memphis sanitation workers. He gave his famous and final “I’ve been to the mountaintop” speech at the Mason Temple. He was assassinated at the Lorraine Hotel by James Earl Ray, who was arrested after a two month search.

James Earl Ray entered a guilty plea and was sentenced to 99 years in prison, where he died in 1998.

What The Military Owes Dr. King
The military has a unique responsibility to observe this particular holiday. It was a slow and painful evolution from the segregated and unwelcoming environment that non-white troops had to endure as early as the Civil War.

U.S. military history is rife with examples of discrimination and retaliation against non-white soldiers, sailors, airmen, and marines. One of the most shameful and notable examples is the military’s treatment of the first African-American flying unit, the Tuskegee Airmen.

These members of the military maintained, flew, and fought alongside their white counterparts in World War Two. This unit escorted bombers over Italy for well over 1,500 flying missions with more than 160 confirmed Nazi aircraft kills. But they were still held at arm’s length as they were housed in segregated barracks, given substandard housing, received hazing, etc.

In 1945, a group of Tuskegee Airmen were denied entry to a military club on the basis of their skin color. They entered anyway and more than 100 of the Tuskegee Airmen were subject to courts-martial for “mutiny.” These airmen received legal help from a young lawyer named Thurgood Marshall, later to make his name as a Supreme Court Justice.

While some may argue that such incidents were a product of their times, the U.S. military still bears these incidents as part of its legacy. The fact that in modern times we find Department of Defense support of Dr. King and his work is an important step away from the unfortunate mistakes and poor judgment of past decades.

How The Military Honors Dr. Martin Luther King’s Birthday
There are many ways that individual military commands, bases, and individual units recognize the accomplishments of Doctor King on the official Martin Luther King, Jr. birthday observance. The U.S. Army’s 2018 Stand-To! Blog post announced a slogan that sums up the military’s approach to this national holiday.

The 2018 Army theme was called “Remember! Celebrate! Act! A Day On, Not a Day Off.” The Army urges all in uniform to “remember Dr. King’s remarkable life and to rededicate ourselves to his principles of unity and equality” according to the Stand-To! Blog post from that time.

On the local level, bases and base organizations may hold special events, contests, charity fundraising drives, and remembrance ceremonies to commemorate King’s birthday. The American Forces Network (AFN), the military’s satellite network serving overseas military bases in Japan, Korea, Germany, Italy, and elsewhere with stateside radio and TV programming, has in the past aired commercials and PSA honoring King and his legacy along with other notable civil rights leaders and milestones.