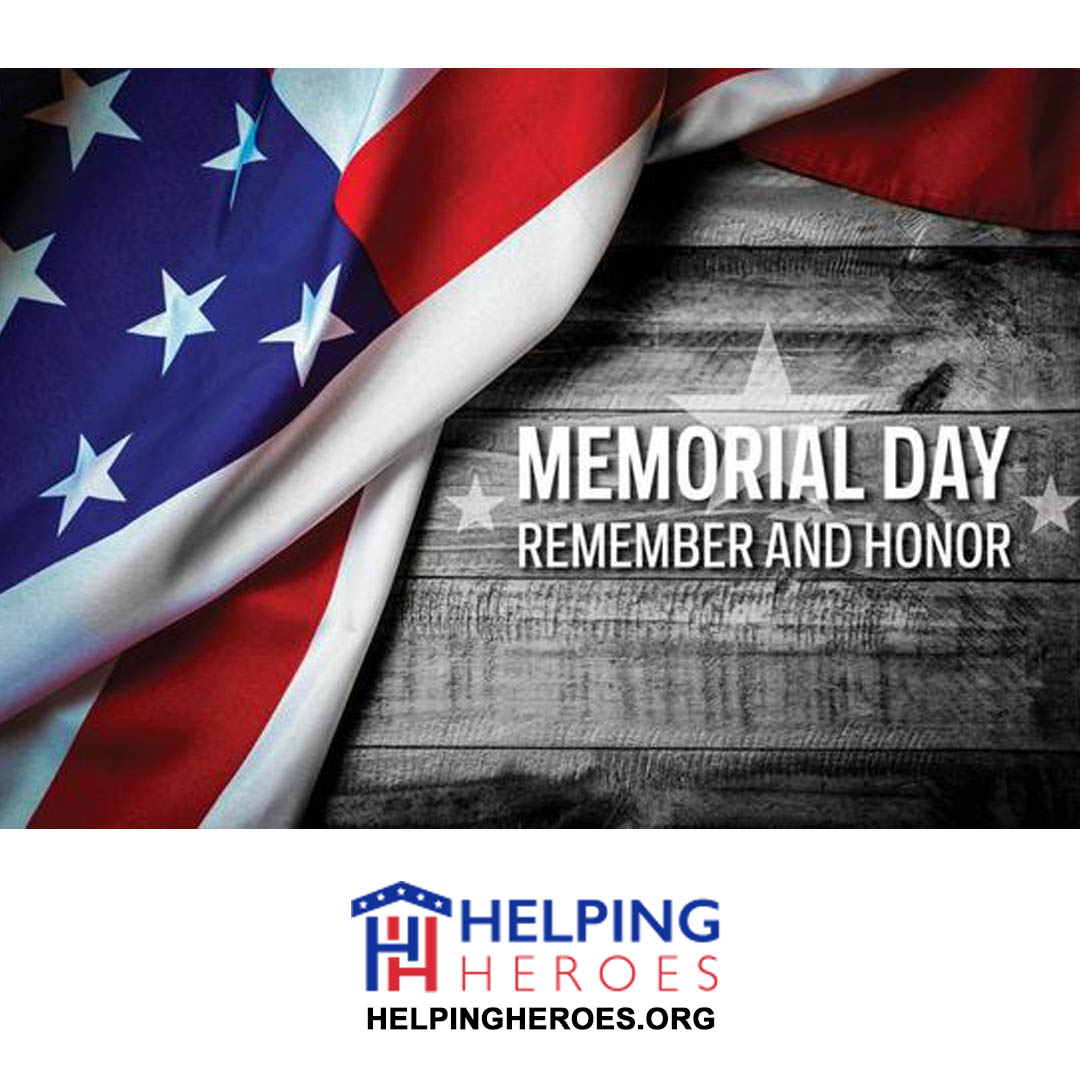 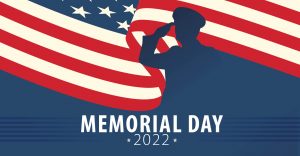 Memorial Day will be celebrated Monday, May 30, 2022. It is a federal holiday observed on the last Monday in May and commemorates the men and women who died while in military service.

Pay tribute to the U.S. men and women who died during military service by observing a national moment of remembrance with a minute of silence at 3:00 PM local time.

Memorial Day History
Memorial Day began after the Civil War with both formal and informal ceremonies at graves and ceremonies for the soldiers who had fallen in battle. Many places claim to be the birthplace of Memorial Day in 1866, including Waterloo, New York, and Macon and Columbus, Georgia. On May 5, 1868, the Grand Army of the Republic (GAR), a Union veterans organization, established Decoration Day, May 30, as a time for the nation to decorate the dead with flowers. Arlington National Cemetery held the first large observance later that year.

By the end of the 19th century, Memorial Day ceremonies were held throughout the country on May 30. The Army and Navy adopted policies for proper observances, and state legislatures passed proclamations designating the day. After World War I, the day was expanded to honor those who died in all American wars, and in 1971, Memorial Day was declared a national holiday to be celebrated on the last Monday in May.

Memorial Day is meant for remembering and honoring military personnel who died in the service of their country, particularly those who died in battle or as a result of a wound sustained in battle.

Veterans Day is intended to thank all those who have honorably served in the military – in wartime or peacetime.

Memorial Day Facts
Memorial Day was originally known as Decoration Day.
The birthplace of Memorial Day is a debated topic. Cities such as Warrington, Virginia; Gettysburg, Pennsylvania; Savannah, Georgia; and Waterloo, New York, are some places believed to be its birthplace.
Memorial Day was originally celebrated May 30 until the Uniform Monday Holiday Act took effect in 1971 and it was moved to the final Monday in May.
1971 is also when Memorial Day became an official holiday.
Originally, only soldiers who had died in the Civil War were honored.
The National Monument of Remembrance Act passed in 2000 requires all Americans to stop what they are doing at 3:00 pm on Memorial Day for a minute of silence to remember and honor those who died while in service.
The Poem “Bivouac of the Dead” is often recited on Memorial Day and inscribed on iron tablets throughout many of the country’s national cemeteries, including the original entrance to Arlington National Cemetery. The poem was written by Theodore O’Hara to honor his fellow soldiers from Kentucky who died in the Mexican-American War. Bivouac (/ˈbivo͞oˌak/) is a temporary camp without tents or cover.
National Moment of Remembrance
Memorial Day Commemoration
Photo by Petty Officer 3rd Class Derek Poole
The National Moment of Remembrance is an annual event when Americans pause for a minute of silence at 3 p.m. on Memorial Day. The 3 p.m. time was chosen because it is when many Americans are enjoying their freedoms on the national holiday. It is intended to be a unifying act of remembrance for Americans of all ages. The National Moment of Remembrance Act became law in 2000.

There are many ways to observe the National Moment of Remembrance, both formally and informally. The moment of silence can be observed more formally at places such as a veterans’ cemetery, park or picnic ground and can include playing “Taps,” the military bugle call that reflects on the glory of those who have shed blood for us. A bell can also be rung at the beginning and end of the one minute of remembrance. If you are driving and unable to stop, you can turn on your headlights for a minute.

2022 Memorial Day Schedule of Major Events
Virtual Memorial Day Events
Create a free remembrance page
Together We Served invites family members to remember their veterans’ military service on the roll of honor. Veterans can also create their own pages. There is no charge to remember an active-serving or veteran member of the Armed Forces, National Guard or reserves.

Parade of Heroes
Watch the Memorial Day Parade of Heroes on Ancestry.com.
Veterans Legacy Memorial (VLM)
VLM contains a memorial page for each of the more than 4.3 million veterans and service members interred in a VA national cemetery.
VLM is now permitting online visitors to leave a comment of tribute on a veteran’s page as a new way to observe Memorial Day.
Vietnam Veterans Memorial
The 2022 Memorial Day Ceremony, co-hosted by VVMF and the National Park Service, will be a live webcast at 1:00 p.m. EST on Monday, May 31. Spots for the in-person event must be reserved in advance.

Virtual National Relay
During Carry The Load’s Memorial May Campaign, volunteers will visit complete a 20,000-mile trek across 48 states while visiting 50 VA national cemeteries. The National Cemetery Association will post photos and videos from the cemetery visits on their Facebook and Twitter pages for those who can’t attend.
wear blue: Run to Remember
Commit to run or walk in honor of a fallen service member this Memorial Day. wear blue will email you the name of the fallen service member when you register. You can participate virtually or in-person.

World War II Memorial, Washington D.C.
The World War II Memorial will livestream its special Memorial Day observance at 9 a.m. EST. Registration is required for this free event.
Check with your local veterans’ organizations, monuments, military bases and local governments for events. There are many virtual runs, ceremonies and observances being held locally throughout the U.S.

Memorial Day Events
Call ahead or check online for any in-person events due to current circumstances.

VA National Cemeteries
The non-profit Carry the Load and the Department of Veterans Affairs National Cemetery Administration are collaborating for “Memorial May.” During the month, volunteers will march 20,000 miles to visit 50 national cemeteries in 48 states. The NCA will share videos and photographs on its Facebook and Twitter pages.
Check with your local national cemetery. They may be hosting public events such as group placements of flags, wreath-laying and other Memorial Day events.
Arlington National Cemetery, Arlington, VA
Flags In – Saturday, May 28-Monday May 30
Arlington National Cemetery Memorial Day Ceremony – Monday, May 30, 2:30-4:30 p.m.
Women’s Memorial Day Ceremony – Monday, May 30, 3-5 p.m.
Air Force Memorial, Arlington, VA
Memorial Day events have not yet been announced. The Air Force Memorial is open to vehicles daily from 8 a.m.-to 8 p.m., but parking is limited due to construction. Pedestrians can access the memorial twenty-four hours a day.
Dallas Memorial March, Dallas, TX
This two-day event, from Sunday, May 29 at noon to Monday, May 30 at 1:30 p.m., features music, stories of fallen heroes, flag ceremonies and more.
Participate in the Storyboard Walk In Procession on Memorial Day.
Fleet Week, New York City
Fleet Week 2022 runs May 25-31, 2022/
Planned events include public ship visitations, military demonstrations, receptions and more.
Parade of Ships marks the beginning of Fleet Week, Wednesday, May 25 at 7 a.m.
Wreath laying, Memorial Day from 10 a.m.-noon.
Gettysburg Memorial Day Parade and Ceremony, Gettysburg, PA
The 155th Memorial Day parade takes place on Memorial Day at 2 p.m., followed by the ceremony at the Gettysburg National Cemetery at 3 p.m.
National D-Day Memorial, Bedford, Virginia
The Memorial will honor and remember those who gave their lives to the cause of freedom at 11 a.m. Admission is free from 10 a.m. to noon.
National Memorial Day Parade, Washington D.C.
Watch this year’s National Memorial Day Parade in-person or watch it on television, followed by a special program, “Our Sacred Honor: An American Salute.
National Veterans Memorial and Museum, Columbus, OH
Memorial Day Virtual Run, Walk, Ruck and Roll – Participate in either the virtual one-mile or 6.2-mile event from May 13-30.
The National Ride for Freedom, May 28 at 10:30 a.m. – Hundreds of motorcyclists participate in this ride, followed by live music, food and beverages.
Gold Star Family Candlelight Vigil, May 29
Memorial Day Ceremony, May 30 at 10 a.m., in-person or online
Memorial Day exhibits include the USAA Poppy Exhibit (May 19-June 12), “The Eyes of Freedom” Exhibition (May 18-30)
Navy Memorial, Washington D.C.
This year’s Memorial Day events have not yet been announced. Traditional events include the Rolling to Remember (previously Rolling Thunder) Ceremony, First Reserve Association Ceremony and a wreath-laying ceremony.
President Lincoln’s Cottage, Washington D.C.
Commemorate Memorial Day with a wreath-laying ceremony and a guided tour of Soldiers’ Home National Ceremony. 120+ VA National Cemetery events across the country.

Memorial Day Quotes
It is foolish and wrong to mourn the men who died. Rather we should thank God that such men lived. ~ George S. Patton

We come, not to mourn our dead soldiers, but to praise them. ~ Francis Amasa Walker