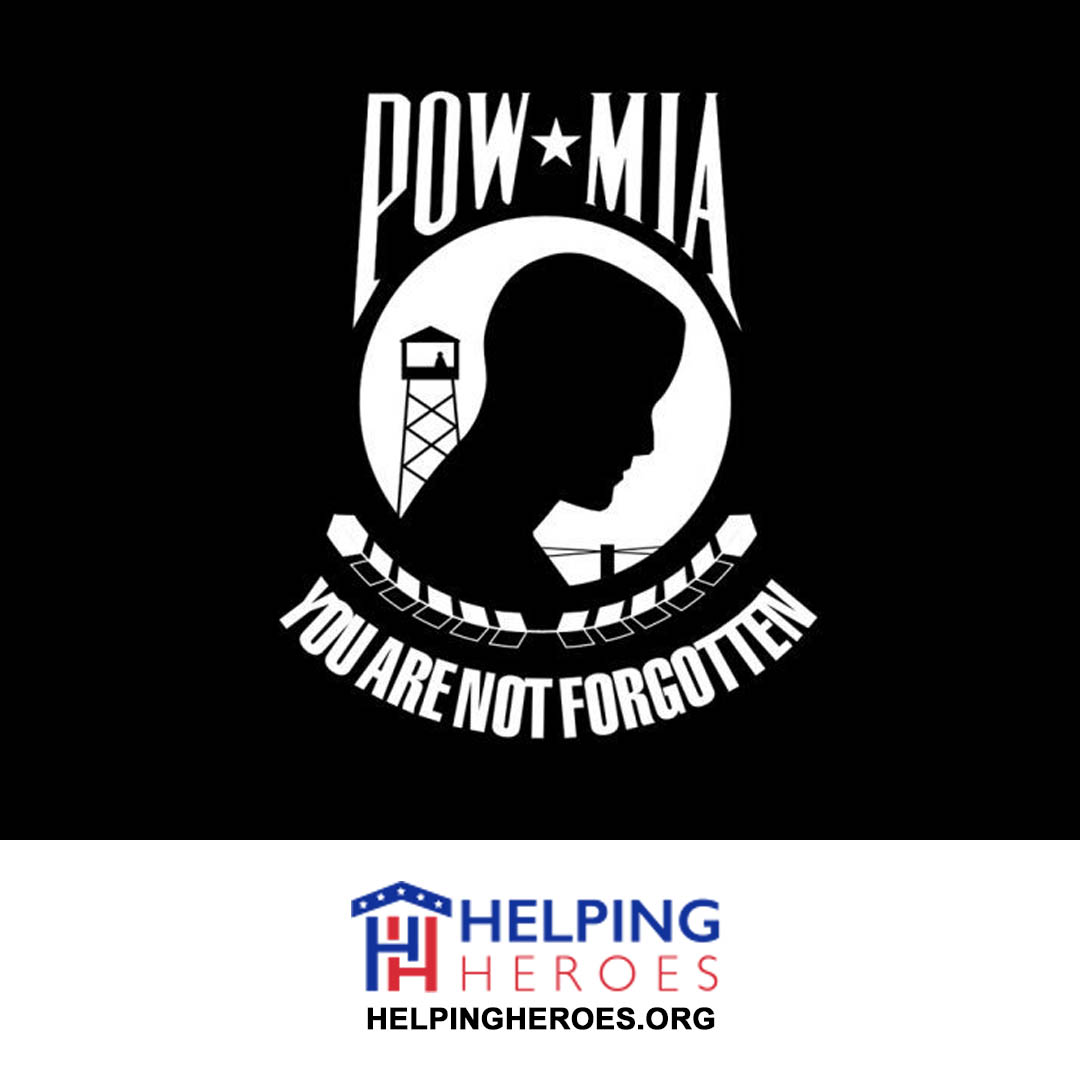 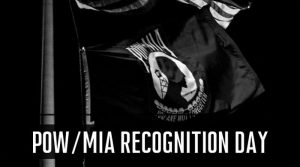 The third Friday in September is recognized as POW/MIA Day, a time to remember the sacrifices of prisoners of war (POW) and servicemembers who are missing in action (MIA). Until 1979, there was no formal recognition day set aside for these important men and women in uniform.

National Former Prisoner of War Recognition Day will be observed on Saturday, April 9, 2022.

The first observance of POW/MIA day included a remembrance ceremony at the National Cathedral in Washington, D.C. but since that time, the Pentagon is the site for the Department of Defense’s “official” observance, with other ceremonies happening at military installations and elsewhere.

There are many different ways communities choose to observe this day; even the National Park Service has observations at selected sites. Private organizations such as Veterans Of Foreign Wars also observes the day with events and activities at individual “outposts” nationwide.

The familiar POW/MIA flag, so closely associated with the observance, actually pre-dates it. According to DoDLive.Mil, in 1971 a military spouse named Mary Hoff contacted a private company to request a flag to honor those missing in action or prisoners of war (one of whom was her husband). A World War 2 pilot named Newt Heisley created the now-iconic design.

The POW/MIA flag is intended to be flown just below the United States flag, which is how it is displayed at the White House; it is the only flag (according to the Department of Defense) to do so at that location.

Vietnam has over 1,600 listed, with the Cold War at 126 servicemembers listed as POW/MIA. Conflicts since 1991 have six people still unaccounted for.

Of the more than 83,000 service members listed as POW/MIAs, approximately half are “presumed lost at sea” according to DPAA.mil. Roughly 75% of the entire number of POW/MIAs are thought to be in the Asia/Pacific theater of operations.

Repatriation efforts-cooperative projects with other nations to bring POW/MIAs back home-are ongoing. Efforts in Vietnam and Korea are ongoing, and there are still identifications being made on remains from World War 2. The Defense POW/MIA Accounting Agency is tasked with making continuous efforts to account for the some 83,000 service members who still have not come home from conflicts around the globe. POW/MIA Day is but one moment in that ongoing effort, but it’s an important one.

The National League of Families’ POW/MIA flag, aka the POW flag, is to be flown at major military installations, national cemeteries, post offices, VA medical facilities, the World War II Memorial, Korean War Veterans Memorial, the Vietnam Veterans Memorial, the official offices of the secretaries of state, defense and veterans affairs, the director of the selective service system and the White House. This observance is one of six days throughout the year that Congress has mandated the flying of the National League of Families’ POW/MIA flag. The other days are Armed Forces Day, Memorial Day, Flag Day, Independence Day and Veterans Day.

Mrs. Michael Hoff, an MIA wife, first recognized the need for a symbol of our POW/MIAs in 1970 and set the wheels in motion to have a flag designed to represent our missing soldiers. The POW/MIA flag is the only flag ever displayed in the US Capitol Rotunda and other than the American flag it is the only flag ever to fly over the White House.

Observances are held across the country on military installations, ships at sea, state capitols, schools and veterans’ facilities. A Pentagon ceremony featuring members of each branch of military service is held annually on National POW/MIA Recognition Day. Local POW/MIA ceremonies are encouraged throughout POW/MIA Recognition Week.

The DPAA is responsible for the fullest possible accounting of missing personnel to their families and the nation. When American personnel remain captive, missing, or otherwise unaccounted-for at the conclusion of hostilities, the DPAA becomes the responsible agent for determining the fate of the missing and where possible, recovering them alive or recovering and identifying the remains of the dead. The DPAA facilities are located at Hickam Air Force Base in Hawaii.