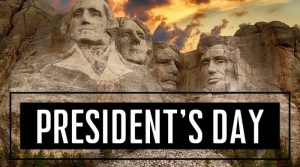 Ultimately for many, it is how you choose to honor this day. As a day to recognize Washington’s birthday, or Lincoln’s birthday, or even all American Presidents, past and present.