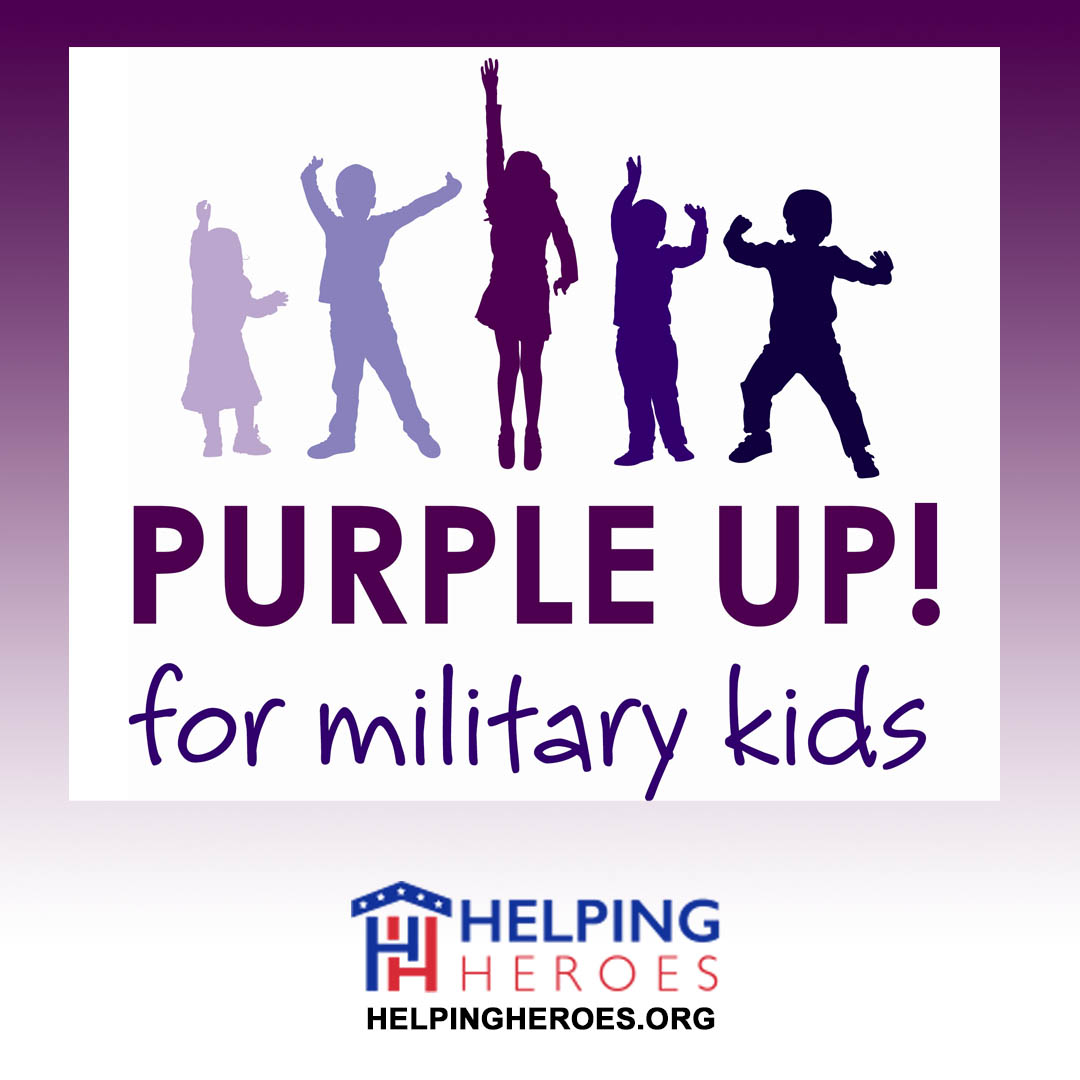 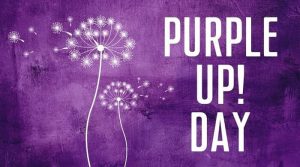 The entire month of April is designated as the Month of the Military Child, but April 15th has a special place in that observance. April 15 brings a special dread for some because it is traditionally the day federal income tax filings are due at the IRS.

Held on April 15th of each year, “Purple Up! For Military Kids” is a day for Department of Defense Education Activity communities to wear purple to show support and thank military children for their strength and sacrifices.

How Purple Up! Day Began
There’s an emphasis in United States military culture on “the total force”, the “whole person concept” and similarly-themed philosophies that hold that troops, their families, and their extended families are more than the sum of their parts.

The notion of the “total force” should rightfully include families as they are the lifeline between military service (especially overseas) and the individual officers or enlisted members.

With that in mind, former Defense Secretary Casper Weinberger established the Month of the Military Child as a Department of Defense-wide commemoration in 1986.

Why Purple?
There’s a tradition in the military referring to the color purple; one use of the color involves the phrase “purple suit” which can refer to a military activity or organization that includes civilians and/or multiple branches of the military.

In the context of April 15th, this tradition continues. Purple indicates that all branches of the military are supported. All the service colors are represented including Air Force blue, Army green, Navy blue, Marine red, and Coast Guard blue; said to combine for the mutual benefit of all into the color purple.

Not To Be Confused With…
Purple Up! Day should not be confused with two other observances that share similar names. One such event is Purple Day, an epilepsy awareness day held on March 26 each year.

Internationally there’s an annual event designed to raise awareness of people with disabilities in Singapore known as The Purple Parade. Established in 2013, this event may be viewed as part of or in response to a larger commemoration paying respects to the International Day of Persons With Disabilities.

Ways to Celebrate Purple Up! Day
Purple Up! Day is not a national holiday, so there are no school closings, days off from work, or post office closures.

A great deal of this important observance is done at the local and grassroots level. However, the official site for the Department of Defense Education Activity states during the entire month of April it urges schools and parents to, “…plan special events to honor military children and have administrators and principals incorporate the themes of this month into their everyday duties and responsibilities.”

You can help observe Purple Up! Day by doing any of the following:

Wear Purple on April 15th
Go grassroots and make requests of your schools, elected officials, and local businesses to wear purple on April 15th in support of the occasion
Recognize military children on April 15th
Involve schools, sports teams, youth organizations, clubs, after school programs, fraternal organizations, social clubs, coworkers, members of your organizations
Publicize military installation events scheduled on Purple Up! Day
Request that your local school newsletters/newspapers/social media publicize Month of the Military Child events and activities hosted by the installation/community on or around the 15th
Partner with local schools to find creative ways schools can contribute to the celebrations on April 15th
Host an Assembly for Month of the Military Child
Ask local, regional, state, and federal officials to wear purple on Purple Up! day
Request local businesses, stores and restaurants post a Purple Up! message
Suggest companies and businesses ask their employees to wear purple

Virtual Purple Up! Day Ideas
Encourage your social community to participate in Purple Up! Day
Wear purple during online classrooms via Zoom, Skype and Hangouts
Invite military parents to attend one of their children’s online classrooms
Make a Tik Tok video dedicated to Purple Up! day or honor military children
Share your activities and photos on social media #purpleup
Tell your kid they’re awesome with this certificate and share on social media
Purple Up! on Houseparty with your friends
Teachers can honor or recognize military children during their online classrooms
Hold an online contest by asking children of military families to share their “Hero Story” of what they think it takes to be a hero word essay, a drawing or a video
Create a Bulletin Board “What does HONOR mean to you…” and share on social media
Web Site/Newsletter Feature – Schools can promote the Month of the Military Child with resource links
Not virtual but within social distance guidelines:
Walk or ride bikes while wearing purple
Recognize the month with signs, decorations or military focus