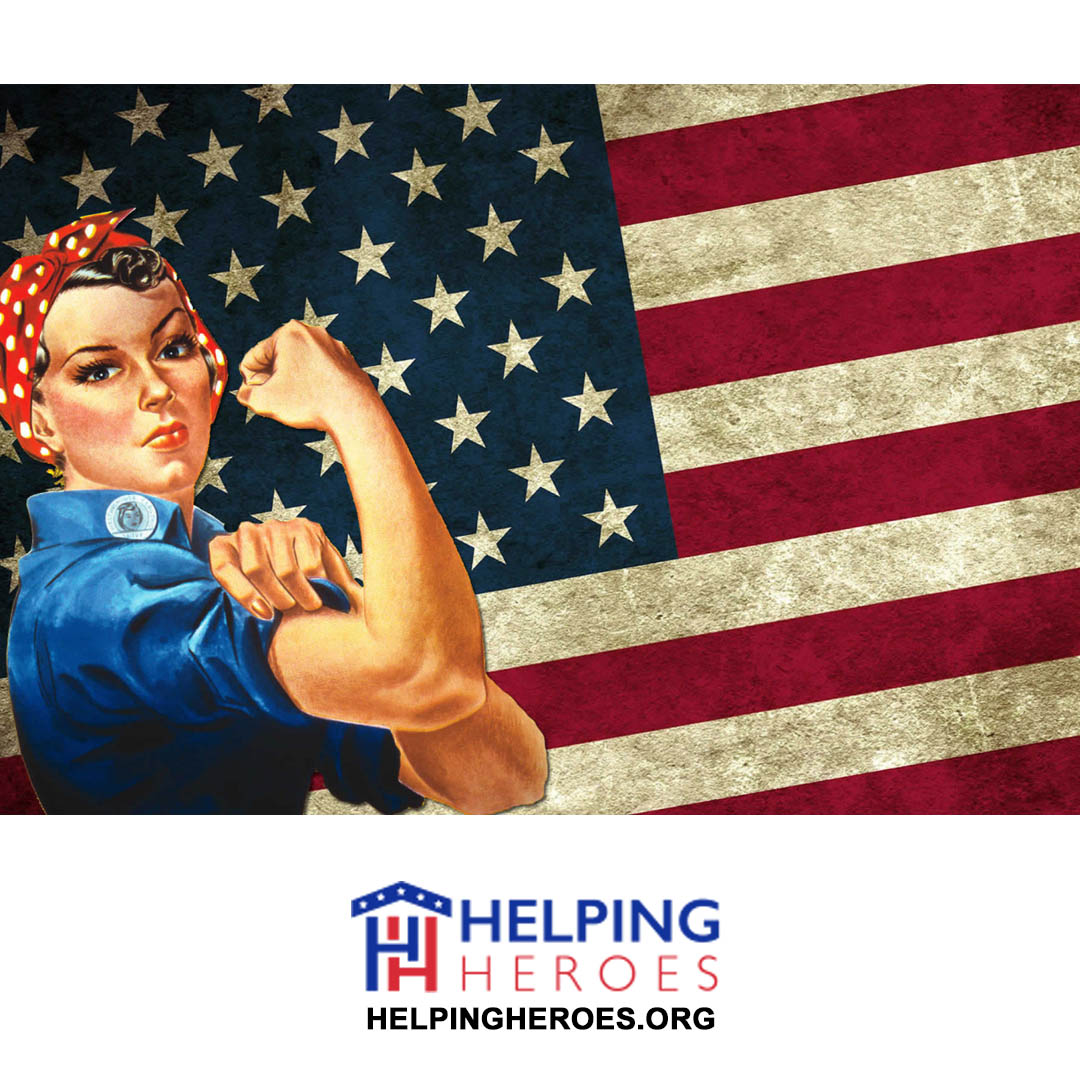 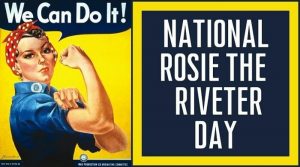 Rosie the Riveter Day is an observation honoring the hard work and sacrifices American women made in the workplace during World War Two.

During this time, women across the nation traded their pre-war activities for work in factories, electronics, welding facilities and many other industries supporting the American war effort. Some five million civilian women took over what used to be thought of stereotypically as “man’s work,” joining some 350,000 women who served during World War Two in uniform.

The observance isn’t codified as a national holiday; in the past Congress has approved resolutions from year to year marking the day. That observation hasn’t always been consistent. In years past it was observed in May, and later in March. In 2019 and beyond, there was a push to have the holiday honored each year consistently on March 21 (see below).

In 2020, the March 21 deadline was missed. Likely due to lawmakers being preoccupied with legislation related to the global coronavirus pandemic. In 2020, the National World War Two Museum chose to observe the day on June 2.

Who was Rosie The Riveter and why did she become such an icon for women, equal rights, and the labor movement in general?

Rosie The Riveter: Her Origin(s)
There are multiple parts to the Rosie origin story. It helps to understand that Rosie The Riveter is based on a real person, but she represents the “everywoman” who supported the war effort through labor, attitude, and willingness to serve.

One of the most famous versions of her image as we know it today is based on a real-life person named Mary Doyle Keefe, and it was created by American illustrator and painter, Norman Rockwell.

Keefe and Rockwell grew up close to one another in Vermont; Keef was 19 years old when Norman Rockwell asked her to pose for an illustration that was meant for the cover of the May 1943 Saturday Evening Post. She has been associated with Rosie ever since. Keefe died in 2015 at the age of 92, having been associated with Rockwell and Rosie for most of her adult life.

Multiple Rosies?
That image, iconic as it was, is not actually the first instance of Rosie The Riveter in popular culture at the time; a song called “Rosie The Riveter” was released in 1942 by John Jacob Loeb and Redd Evans, about a woman named Rosie working on an assembly line. Inspiration for the character varies depending on who you ask, but a likely suspect was the Canadian “poster girl” for women supporting the war, “Ronnie, the Bren Gun Girl.”

Sometime in 1943, an early Rosie-type poster appeared; according to History.com, created for Westinghouse Electric in 1942 by an artist named J. Howard Miller. This poster features a strong, iconic woman dressed in her working clothes along with the headline, “We Can Do It!”

And then there’s the Rosie The Riveter used as a label for all women who worked in such a fashion during the war. The DoD recognizes one of the “O.G. Rosies,” Mae Krier, who was featured in a 2019 DoD press release honoring them.

Krier worked at Boeing aircraft, working on B-17s and B-29s in Seattle during the war years. Krier was recognized for her efforts to advocate for March 21 being recognized on a permanent basis as the “Rosie the Riveter Day of Remembrance.”

During the “Rosie era” there was a brief time when a “Wendy the Welder” character was circulated based on a worker at a California-based shipyard.
“Josephine the Plumber” was a 1960s character in a series of TV commercials for Comet cleansing powder.
Pop singer Pink appeared in a music video for Raise Your Glass as a Rosie character/tribute.
Beyoncé also dressed as a We Can Do It!-style Rosie in 2014.
The popular video game BioShock features a character named Rosie who carries a rivet gun.
DC Comics’ Green Lantern series featured a character called Rosie The Riveter, who carries a rivet gun as a weapon.
A short 2017 book, The Women Behind Rosie the Riveter: Working for the U.S. War Effort, chronicles the Rosie movement for young readers.
Celebrating Rosie The Riveter Day isn’t done on a national scale the way Memorial Day or Veterans Day is, but the message is just as important.
Rosie represents a time when there were major cultural shifts for women in the workplace; it was the beginning of a much-needed evolution of society apart from the war effort.