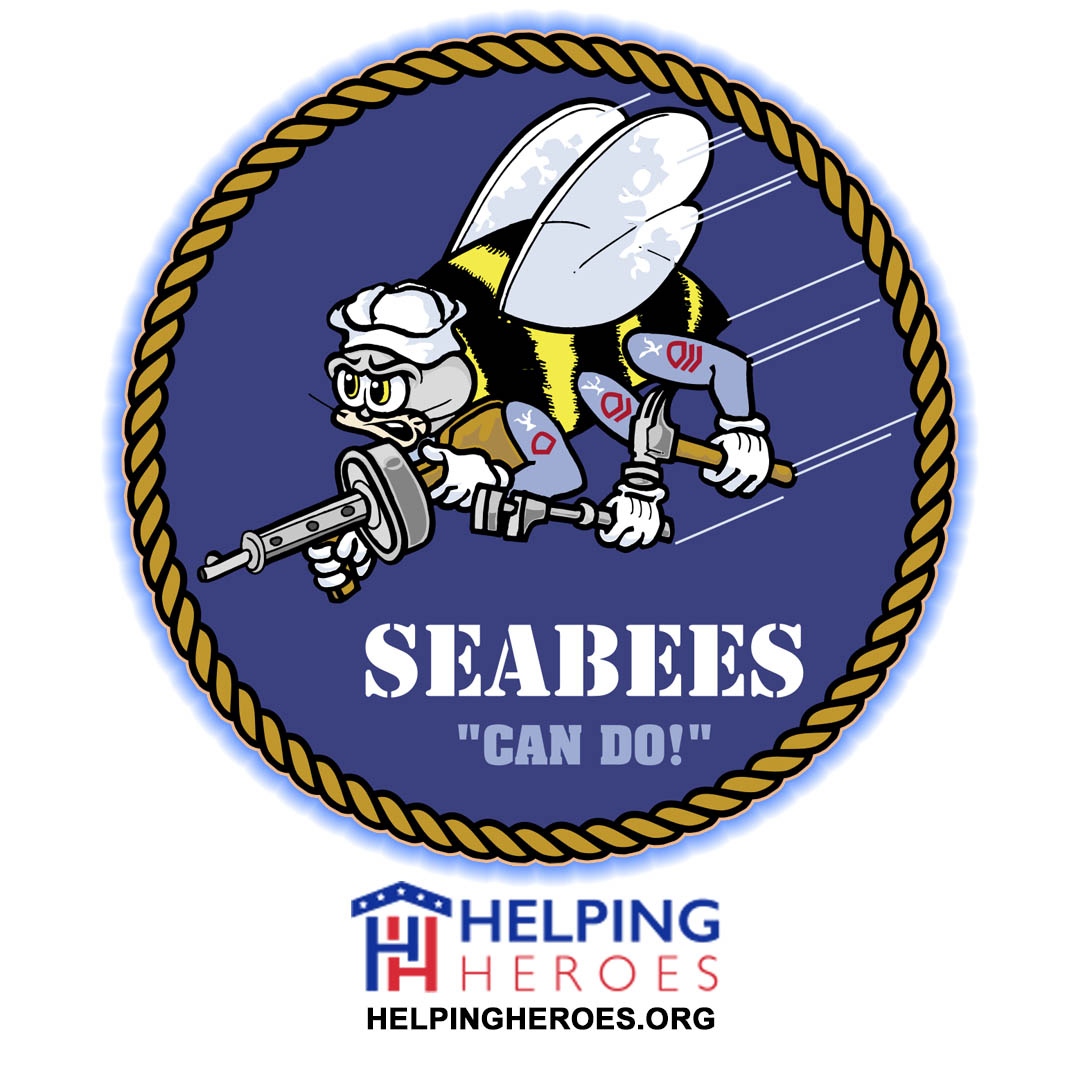 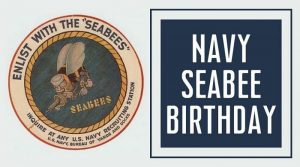 “We build, we fight.” That is the motto of Navy Seabees everywhere, and in the spring of each year the Navy celebrates the heritage of this unique fighting force that has served in every major conflict America has been involved with since World War Two.

March 5th is the official Navy Seabee birthday. That birthday is, believe it or not, a complicated thing. An innovation of military minds during World War Two, Navy Seabees have a dual mission to build and to fight in support of combat operations, humanitarian outreach, and nation-building.
The first Seabee unit was known as “the Bobcats” and Seabees were among the very first to land during the World War Two invasion of Normandy.
But who are these Seabees and what is their contribution to the American military? And why was the official birthday date hard to come by?

Celebrating The Seabee Birthday
The Seabee birthday observance is not a federal holiday, and many events to celebrate are held on a unit or organizational level at military bases all over the world. Seabees work with other Navy organizations and cross-service when mission needs dictate.
Celebrating the legacy of the Navy Seabees can be as simple as a unit birthday party, or may involve command-level programs designed to raise awareness of the Seabee contribution to Navy history.

If you know a Seabee, thank one today for their service and dedication. You don’t have to wait until March 5th to make the effort!
The 78th Seabee birthday will be celebrated on Saturday, March 5, 2022.

The Term “Seabee”
Some call them “seebees” while the accepted and preferred phrase by the United States Navy is “Seabee.” What does this term mean?
Seabee is an abbreviation of the name United States Naval Construction Battalions. “Seabee” comes from abbreviating “Construction Battalions” to C.B. and a bit of Navy-speak provides the spelling as “Seabee.”

Who Is A “Seabee”
When you read or hear the term Seabee, it may reference one of three basic groups:
• All Navy enlisted personnel with an OF-7 rating
• Officers and enlisted assigned to the Naval Construction Force (NCF)
• Officers and enlisted members assigned to the U.S. Navy’s Construction Battalions
Seabees may also serve in capacities outside the Naval Construction Force.
Where Do Seabees Serve?
The short answer is that Navy Seabees serve anywhere they are needed. In the past that has included duty with Naval Combat Demolition Units, Underwater Demolition Teams (also known as UDTs), Naval Support Units, base public works operations, and many others. Since 1942, Navy Seabees have served in all major conflicts.

Why Do Seabees Serve?
When you explore military history related to World War Two, there are several interesting facts and figures, including some 70,000 civilians employed back then on military bases overseas. So why, when there is a force so large that could do the heavy lifting (literally and figuratively) required to construct military bases, posts, individual buildings, etc.?

One major reason was that these civilians had zero protection from enemy actions against them. A civilian construction crew attacked by Axis powers in World War Two could legally be labeled as guerrillas or insurgents if they fought back, and as such could be summarily executed on the battlefield.

This, military history sources tell us, is exactly what happened at the time of the Japanese invasion of Wake Island. American military forces needed a construction force that could respond in kind when attacked. Enter the Navy Seabees.

A Brief History Of The Seabees
The necessity for innovation and adaptation to the incredible demands of World War Two forced the United States government to try a variety of programs, strategies, and new organizations to support the war effort.

One such innovation came from the Admiral Ben Moreell, and was approved by Navy Chief of the Bureau of Navigation – the creation of the Seabee force. Moreell’s idea was that a naval construction force could be used to develop U.S. military presence as far forward as possible.

One of the earliest iterations of the Seabees? Ninety-nine military members assembled for duty in Iceland, along with four other companies of military people, made up what were then known as “the Bobcats” and are generally recognized as the first Naval Construction Battalion.

The order for all this came in 1941. In 1942 the Secretary of the Navy authorized Civil Engineer Corps Officers to serve as the commanders of the newly formed battalion.

The Navy Seabee Birthday
The official Navy Seabee birthday wasn’t exactly set in stone at first. The original date that the request was made in World War Two to create what would later come to be known as the Seabees was Dec. 28th. This was recognized as the Seabee Birthday until 1954. What motivated the change?
The concept that December is a bad month to celebrate a military service birthday-especially between Christmas and New Year’s Eve-was not lost on the powers that be circa 1954. Most Seabees would likely still be on holiday leave, comp time, or vacation time on Dec. 28, which common sense would dictate requires an alternate date more suitable for all involved.
The Navy Seabee birthday could easily have been redesignated for Oct. 31st. On that day in 1941, Chief of the Bureau of Navigation directed Admiral Moreell to form the Headquarters Construction Company of ninety-nine men scheduled to perform military duty in Iceland.
March 19th was another date in the running; that was the specific day in 1942 when Civil Engineer Corps Officers were approved to lead the Navy Construction Battalions.

March 5th was ultimately selected as the date to honor the birthday of the Seabees. This date is significant for multiple reasons. There was some debate in the Navy Bureau of Yards and Docks Seabee Division, but March 5 won.

That is the date in 1942 when Navy Construction Battalions were officially allowed to be designated as Seabees. March 5th is also the anniversary date of the Civil Engineer Corps, which was established in the 1800s.