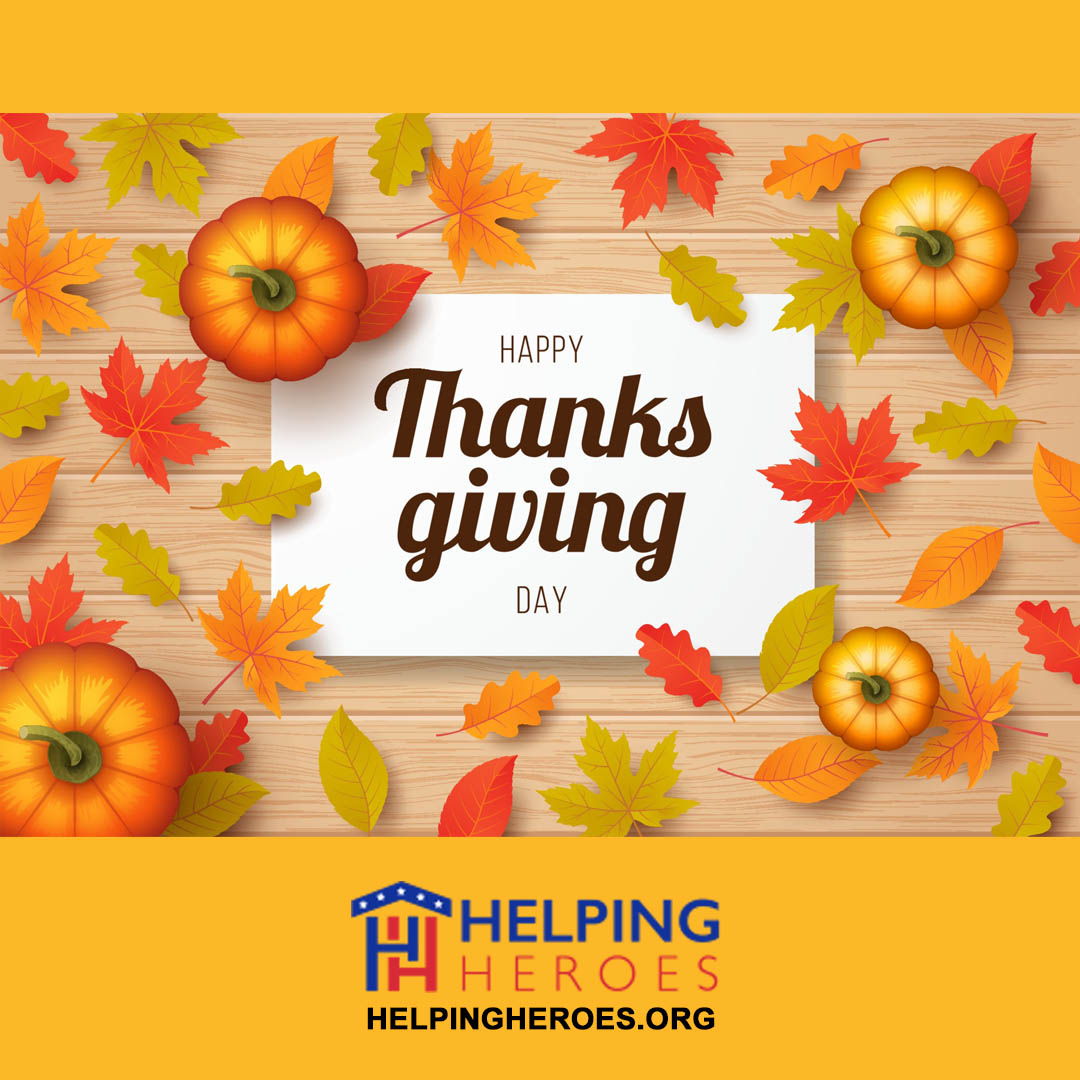 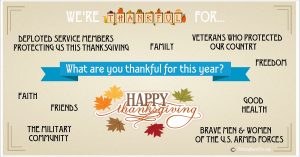 Thanksgiving will be observed on Thursday, November 25, 2021, and military personnel serving around the world will give thanks in many ways.

Thanksgiving Military Traditions
Major holidays such as Thanksgiving often present a challenge for military personnel who can be stationed far from home and their families on the holidays. For many people in the military community, they will celebrate Thanksgiving in a different manner every year, depending on leave status, and current operations.

Traditionally, senior leaders serve dinner to junior personnel on Thanksgiving, when possible. Newly enlisted service-members may be away from home for the first time. Meanwhile, some military spouses and their children will celebrate Thanksgiving stateside, while a loved one is deployed.

These are some military Thanksgiving traditions, but to the individual service member, their location and participation may change each year. Members of the military know that the meaning of ‘family’ can take many forms beyond DNA. It can also be tradition to have no traditions.

Today, while the holiday has been expanded to include parades, early Black Friday shopping deals, television specials, football games, and countless individual family traditions, the one thing that remains consistent is the tradition of Americans sitting down to enjoy a Thanksgiving dinner.
Thanksgiving as a Part of U.S. Military History
Days of Thanksgiving were declared during both the Revolutionary and Civil Wars in an effort to unify the nation during times of war. One resolution during the Revolutionary War, asked all people to give thanks for many reasons, including:

“…To inspire our Commanders, both by Land and Sea, and all under them, with that Wisdom and Fortitude which may render them fit Instruments, under the Providence of Almighty GOD, to secure for these United States, the greatest of all human Blessings, INDEPENDENCE and PEACE…”

During the Civil War, great preparations were made to ensure that Soldiers had supplies for Thanksgiving. However, it was wartime and not every Soldier was able to stop and celebrate Thanksgiving.

Thanksgiving 1918
By World War I, auxiliary organizations such as the Red Cross and YMCA started to aid in providing Thanksgiving dinner to soldiers. Dinners were made, and football games between rival units were organized. In France, right after Armistice Day, French families actually invited Soldiers into their homes, banquet halls were reserved, and theatrical performances were put on.

World War II saw the replacement of C- or K-rations with turkey and cranberry. Wherever possible, Thanksgiving food was shipped or transported by the military to service-members on the frontlines. In areas where it was not possible, the food was sourced from local farmers, or whatever could be put together for a meal.

Excerpt from President Roosevelt’s Thanksgiving speech:
“May we on Thanksgiving Day and on every day express our gratitude and zealously devote ourselves to our duties as individuals and as a nation. May each of us dedicate his utmost efforts to speeding the victory which will bring new opportunities for peace and brotherhood among men.”

Subsequent wars with American involvement have resulted in similar Thanksgiving dinners where the military and auxiliary organizations did their best to provide a formal Thanksgiving meal. Occasionally there are even extraordinary events such as when President George H.W. Bush served Thanksgiving dinner at a base in Saudi Arabia in 1990, prior to the start of the first Gulf War.

More Thanksgiving History
In the U.S., Thanksgiving is most commonly traced to a celebration at Plymouth Rock in 1621 when the Pilgrims joined the Native Americans in a feast to celebrate the first harvest in the New World. This took place more than 200 years before President George Washington would proclaim a nation-wide “day of public thanksgiving” on October 3, 1789. Washington’s successor’s also designated days of thanks during their presidencies but it wasn’t until 1863 that Thanksgiving would become an official holiday.

Excerpt from George Washington’s Thanksgiving Proclamation:
“I do recommend and assign Thursday the 26th day of November next to be devoted by the People of these States to the service of that great and glorious Being, who is the beneficent Author of all the good that was, that is, or that will be– That we may then all unite in rendering unto him our sincere and humble thanks–for his kind care and protection of the People of this Country previous to their becoming a Nation—”

On October 3, 1863 and in the midst of the Civil War, President Abraham Lincoln wrote a Thanksgiving proclamation. While Lincoln is credited for making Thanksgiving a national holiday, much of the effort behind this day is credited to a Sarah J. Hale’s campaigning to create Thanksgiving which would be a “great Union Festival of America.”

Excerpt from Abraham Lincoln’s Thanksgiving Proclamation:
“I do, therefore, invite my fellow-citizens in every part of the United States, and also those who are at sea and those who are sojourning in foreign lands, to set apart and observe the last Thursday of November next as a Day of Thanksgiving.”