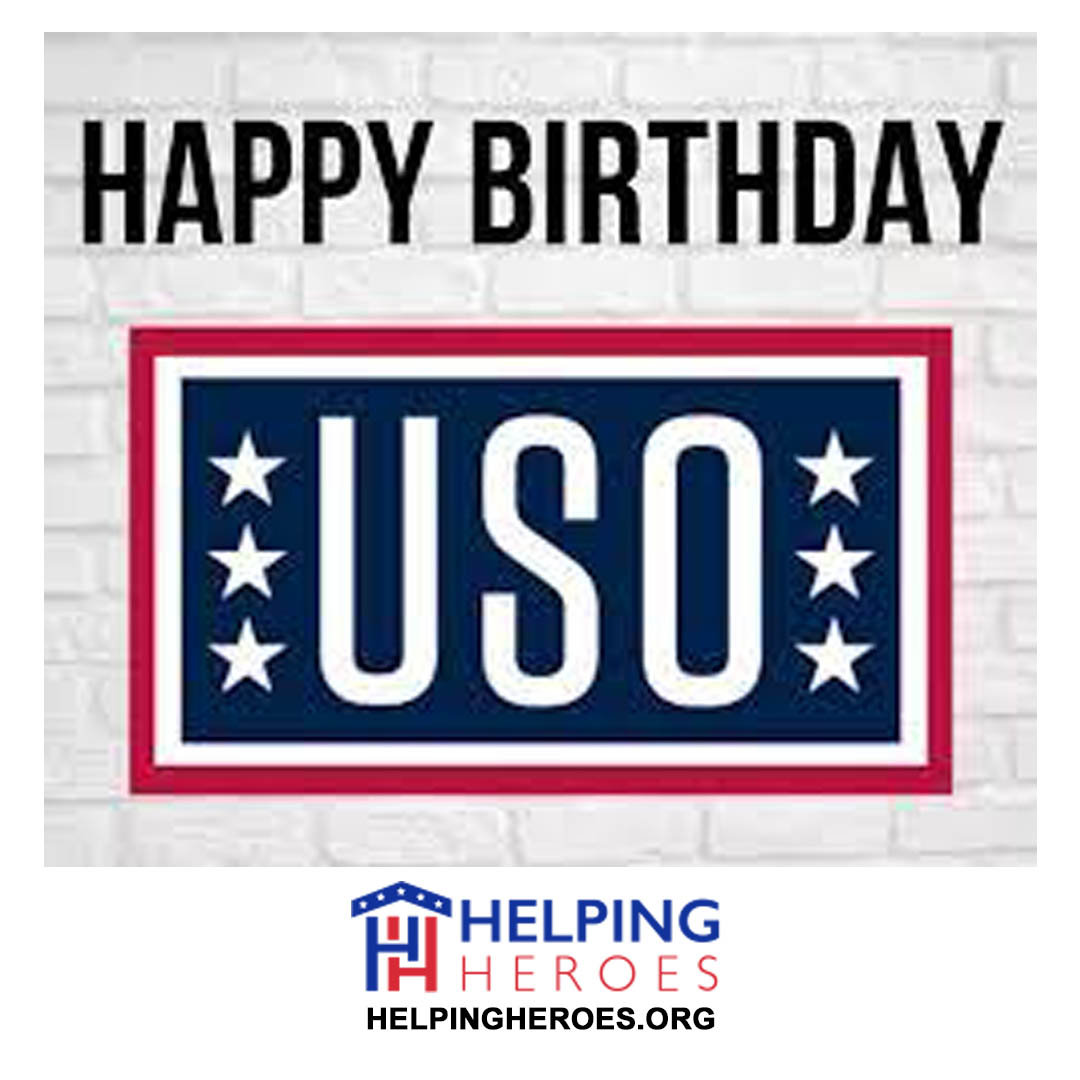 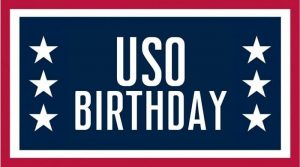 February 4th is the official birthday of the organization known as United Service Organizations or USO. The USO has been a fixture in military life for more than seven decades. Founded in 1941, the agency is a private, not-for-profit organization working in cooperation with the Department of Defense.

The USO has a congressional charter and receives funding through donations, philanthropy, and corporate support. More than 12,000 volunteers work with the USO at locations worldwide including military bases, airports, and major metro areas.

The USO, compared to similar non-profit organizations, has a unique and complex history. It actually has roots in six separate organizations including the Salvation Army, the YMCA and YWCA, Catholic Community Services, National Travelers Aid Association and the National Jewish Welfare Board.

These six agencies combined resources to begin the USO, and troops fighting in World War Two were the first to benefit from the existence of the organization.

A Brief History Of The USO: World War Two And Beyond
When the USO was formed, organizers wanted program events and services with an eye on boosting troop morale while promoting American involvement in World War Two. As these plans unfolded, the idea of a traveling USO show performing at forward deployed locations would not only prove successful, but would at times be the main activity some associated with the agency.

These traveling shows were held in China, Russia, Burma, and elsewhere during the war; the same kind of USO shows were offered to troops in later conflicts including Vietnam and Korea.

About seven thousand performers took part in the early USO traveling shows and featured some of America’s greatest star power at the time. The late comedian Bob Hope would eventually become synonymous with the USO thanks to his continued efforts with the agency. His legacy stretches all the way to the first Gulf War where Hope did his final USO tour.

The USO Shuts Down After World War Two
History is full of lessons about the nature of impermanence. After Axis powers surrendered at the end of World War Two, some felt the USO mission had been fulfilled and it had finished the job it set out to do. In the wake of the surrender of both Germany and Japan, the USO was disbanded.

But in 1949, America was seeing the beginnings of what would come to be known as the Cold War; the six founding organizations responsible for creating the USO got together once more to revive the agency and begin serving U.S. troops. But funding issues kept the agency from continuing; the USO fell dormant again until the advent of the war in Korea. The Defense Department needed the USO once more; $13 million was earmarked for USO operations as a result. Once the war was over, similar funding issues plagued the agency. Yet again, it went dormant until Vietnam operations started.

Vietnam was a new beginning of sorts, but the agency learned that peacetime operations would have the USO keeping a lower profile. At the end of the 1970s, the USO received a government charter. Over the coming decades a greater emphasis would be placed on adding quality of life improvements for military families while retaining the entertainment and morale boosting activities it was famous for.

Today the USO offers help for military families including being an emergency contact resource for troops stationed overseas. If there is a death in the family or other crisis, family members can contact troops stationed overseas via the USO and get financial assistance with travel back home to attend funeral services, be present for sick or injured loved ones, and more.

Celebrating The Birthday of the USO
During the month of February, the USO itself will organize activities and events to honor its long history, and military bases all over the world-more than 200 locations-will have local activities to show their appreciation. From Darwin, Australia to Afghanistan, there are likely to be hundreds of individual local celebrations.

One of the best ways to help celebrate the USO birthday is to attend a USO-programmed or supported event at a military base, at a USO location in a major airport, etc. But the USO also needs volunteers, donations, and participation.

Donations to the USO may be tax deductible, but you can also participate or volunteer to organize fundraising efforts for the USO, which is a good choice for those who want to help raise a larger amount of funds than their individual contributions may provide.

Military members and family who are federal employees can designate contributions to the USO via the Combined Federal Campaign as well as volunteering time, resources, etc.

Why Support The USO?
There are many reasons to support the USO mission-troops and families have a larger resource pool overall in today’s military thanks to the efforts of the USO-the agency doesn’t just program entertainment and activities for troops stationed overseas and at home. There are family counseling programs for military members coming home from deployment, programs to keep families talking and connected during those deployments, and services for troops at local airports as they travel to and from overseas duty.

All of these programs are administered worldwide by a paid staff of only about 300 people. There are more than 40,000 volunteers who also pitch in to help with more than 300,000 service hours per year given. According to USO facts and figures, volunteers outnumber paid USO employees by about 20 to one overseas, and that number is even higher stateside.

Those numbers add up to one thing-the USO will always need volunteer help. Those who appreciate the agency enough to consider celebrating its birthday should consider donating time or resources to help the mission, which includes or has included the following programs:

Operation Phone Home
USO Stronger Families Seminar
Bob Hope Legacy Reading Program
USO Care Package Program
Operation That’s My Dress
USO2GO
USO Warrior And Family Centers
USO Pathfinder
USO EmPaCt
Military Spouse Networking
Who Can Use The USO?
USO facilities are open to all with current, unexpired military ID cards including dependents and retirees. But you do not have to be associated with the military in order to volunteer or help out with the USO mission. You can learn more about USO facilities and volunteer opportunities at the USO official site.