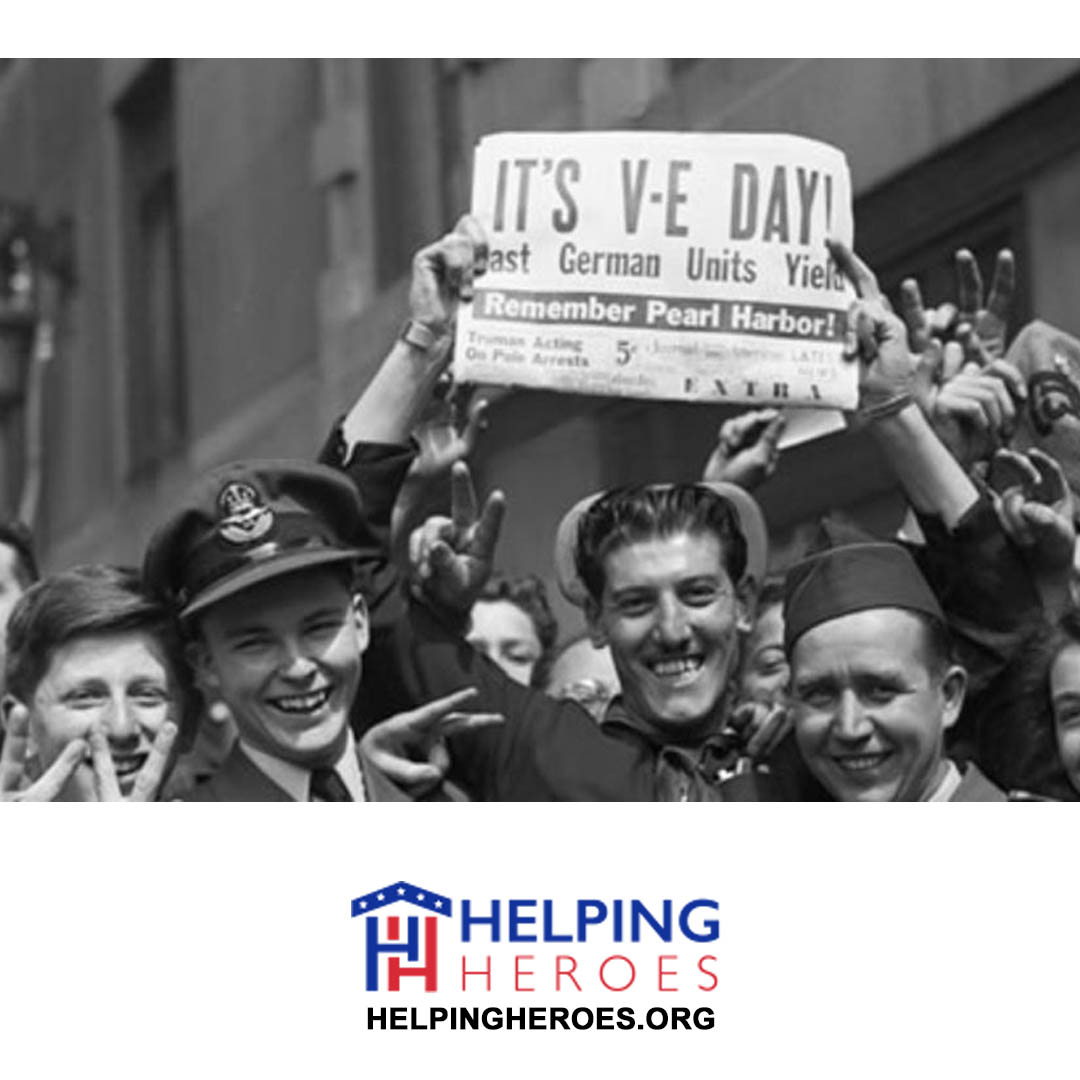 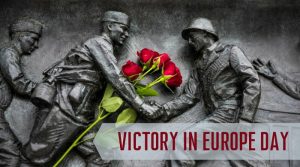 Each year we commemorate Victory in Europe Day, also known as V-E Day. On May 8, 1945 Nazi Germany unconditionally surrendered to the Allied Forces of the Second World War. This day in history marked the end of World War II in Europe, although the war would continue in the Pacific Theater of Operations.

The 76th anniversary (aka VE Day 76) of V-E Day is on Sunday, May 8, 2022 and is recognized as part of National Military Appreciation Month.

VE Day – Victory in Europe Day
There were actually two surrender signings. The first was on May 7, 1945, when German Col. Gen. Alfred Jodl signed Germany’s surrender on all fronts in Reims, France. The second signing was by German Field Marshal Wilhelm Keitel the next day (May 8) in Berlin.

Prior to Nazi Germany’s surrender, Adolf Hitler committed suicide on April 30, 1945, to avoid being captured by the Red Army. Alfred Jodl and Wilhelm Keitel were later found guilty of war crimes by the International Military Tribunal in Nuremberg, Germany, and both were subsequently executed.

V-E Day marked the end of most of the fighting in Europe, where tens of millions of service members and civilians were killed since the start of hostilities. Approximately 250,000 U.S. troops were killed in the fighting in the European theater. Although fighting ended in Europe, it continued in the Pacific, where U.S. and Allied forces fought the Japanese in Okinawa, the Philippines and other places.

V-E Day Celebrations
on May 8, 1945, tens of thousands of people filled the streets of New York, New Orleans, and cities in Canada, France Australia and other Allied nations. London crowds filled the streets from Trafalgar Square to Buckingham Palace. Princess Margaret and her sister, the future Queen Elizabeth II, were among the celebrating crowds.

U.S. forces participated in the celebrations in France, a nation that had borne much of the brunt of the fighting. The front line troops didn’t celebrate upon hearing the news.

The Soviets celebrated on May 9, as fireworks exploded over the Kremlin and celebrations broke out in Red Square.

Did You Know
Prior to V-E Day, the United States had already started planning to send divisions from Europe to the Pacific for the anticipated invasion of Japan.
In February 1945, President Franklin D. Roosevelt, British Prime Minister Winston Churchill, and Soviet Premier Josef Stalin convened one of the most secretive meetings of modern times at the Yalta Conference.
The “Big Three” discussed Germany’s eventual surrender, the postwar governing of Germany and Poland, and the conditions in which Stalin would enter the war against Japan.
World War II continued for almost 11 months after the successful Normandy landings in France on June 6, 1944, commonly known as D-Day.
The day the war began depends on which historian you follow, but it is agreed that the war in Europe ended on May 8th, 1945.
With more than 100 hundred million people from over thirty nations contributing to the fight, World War II two was the deadliest conflict in human history.
In the Soviet Union VE Day is called Victory Day and it is observed on May 9.
Harry S. Truman was born on May 8, 1884.
About 16 million Americans served in World War II, with 2 million serving in Europe.
VE Day doesn’t mark the end of WW2, Victory Over Japan Day, also known as VJ Day ended the war on Sept. 2, 1945.
Presidential Proclamation, 1945
The Allied armies, through sacrifice and devotion and with God’s help, have wrung from Germany a final and unconditional surrender. The western world has been freed of the evil forces which for five years and longer have imprisoned the bodies and broken the lives of millions upon millions of free-born men. They have violated their churches, destroyed their homes, corrupted their children, and murdered their loved ones. Our Armies of Liberation have restored freedom to these suffering peoples, whose spirit and will the oppressors could never enslave.

– Harry S. Truman, President of the United States of America

Commemorative flyovers are scheduled across the U.S. over WWII monuments, veteran cemeteries and other areas of significance.

In the United Kingdom celebrating V-E Day is centered on recognizing men and women from a time now called the greatest generation.